Al Sharpton Net Worth and Salary: Al Sharpton is an American Baptist minister, civil rights activist, and television/radio talk show host who has a net worth of $500 thousand dollars. He is known as an outspoken and controversial political activist in the fight against racial prejudice and injustice in America.

Alleged Financial Problems: In November 2014, a New York Times exposé reported that Al Sharpton was allegedly facing serious financial problems. The Times report claimed that Sharpton and his businesses owe $4.5 million in state and federal back taxes. Of that amount, roughly $3.7 million is supposedly Al's personal tax debt. Sharpton refuted the reports and stated that the liens had been paid down. He did not say how much he had paid the debt down by and the Times could not confirm his claims.

Early Life: Alfred Charles Sharpton Jr. was born in Brooklyn, New York City, on October 3, 1954, to Ada and Alfred Charles Sharpton Sr. His father left the family in 1963, and his mother was unable to support the family on her own. They qualified for welfare, and moved from their middle class neighborhood to the public housing projects in the Brownsville neighborhood of Brooklyn. He graduated from Samuel J. Tilden High School, and continued his education at Brooklyn College, dropping out after two years there.

When he was around age nine or ten, Sharpton was licensed and ordained as a Pentecostal minister by Bishop F.D. Washington. After Washington's death in the late 1980s, Sharpton became a Baptist, and was re-baptized in 1994 by the Reverend Willian Augustus Jones, becoming a Baptist minister.

Career: In 1969, Jesse Jackson appointed Sharpton as the youth director of the New York City branch of Operation Breadbasket, an organization that promotes better employment opportunities for African Americans. In 1971, Sharpton established the National Youth Movement to raise resources and funds for impoverished youth. By the 1980s he had become a nationally-known activist for people who have experienced racial prejudice. One of his earliest high-profile cases involved a teenager named Tawana Brawley, who claimed she had been abducted and raped by a group of white men. Unfortunately, these claims turned out to be entirely false. He has also spoken out on behalf of others like Bernhard Goetz, Yusef Hawkins, Amaudou Diallo, Tayvon Martin, and Eric Garner, among others. In 1991, he founded the National Action Network, an organization dedicated to increasing voter education, support small community businesses, and generally provide resources to those struggling with poverty.

In June 2009, the Reverend Al Sharpton led a memorial for Michael Jackson at Harlem's Apollo Theater. A lifelong friend of the Jackson family, Sharpton said Michael Jackson was a "trailblazer" and a "historic figure" who loved the Apollo Theater. Sharpton continues to share his views on injustice and tackle today's issues through his television and radio programs. He began hosting his own daily national talk radio program "Keepin It Real with Al Sharpton" in January 2006 on Radio One. He has also been the host of MSNBC show "PoliticsNation" since 2011, and is a regular contributor to the weekday morning NBC news and talk show "Morning Joe".

Sharpton is the author of three books, "Al on America", "The Rejected Stone: Al Sharpton and the Path to American Leadership", and "Go and Tell Pharaoh" with Nick Chiles. 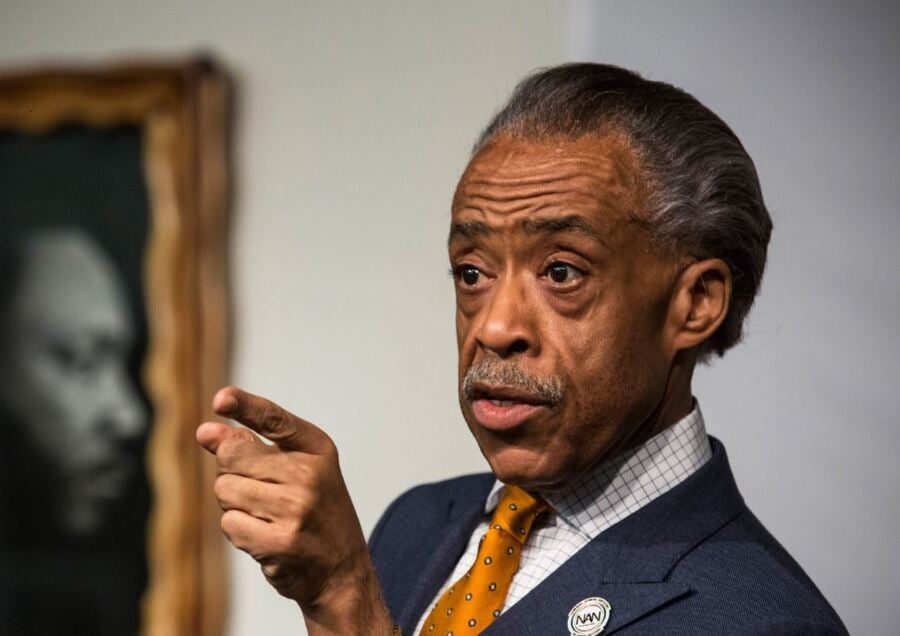 Political Campaigns: Sharpton has run unsuccessfully for elected office on multiple occasions, including a United States Senate seat from New York in 1988, 1992, and 1994. In 1997, he ran for Mayor of New York City. He tried to run for President in 2004, but his campaign was marred by multiple financial issues. He had received funds from the federal government for his campaign, but had exceeded federal limits on personal expenditures. As a result, he agreed in 2005 to repay $100,000 of the public funds he had received. In 2009, the Federal Election Commission imposed a fine of $285,000 against his 2004 presidential campaign team for breaking campaign finance rules.

Personal Life and Views: Sharpton met his future wife Kathy Jordan, a backup singer, while touring with James Brown in 1971. They married in 1980, and separated in 2004. In January 1991, he was stabbed in the chest by Michael Riccardi while preparing to lead a protest in Brooklyn, New York. Riccardi was apprehended by Sharpton's aides, and convicted of first-degree assault in 1992 with a sentence of 15 years in jail. He was released in 2001 on parole after serving 10 years in jail. Sharpton filed a suit against New York City alleging that the many police that had been present at the time, who were there for the planned protest, had failed to protect him. The suit reached a $200,000 settlement in December 2003.

In 2001, Sharpton was jailed for 90 days at the Metropolitan Detention Center in Brooklyn, for trespassing while protesting against U.S. military target practice exercises in Puerto Rico.

Sharpton previously made some controversial comments about the LGBTQ community, including using the word "homo" during an address at Kean College in 1994. However, since then he has become an advocate for the ending of homophobia in the African-American community. 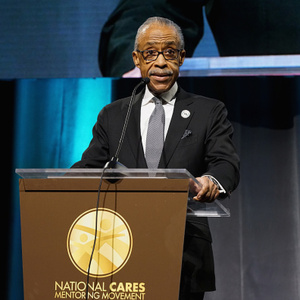