What is Yoko Ono's Net Worth?

Yoko Ono is a Japanese artist and peace activist who has a net worth of $700 million. She is most famous for her outspoken views on world peace and for her marriage to John Lennon. After her husband's murder, she became closely involved with various philanthropic ventures. As an artist, she creates performance art, visual art, books, and experimental films.

At the time of his death in 1980, John was worth $200 million (George Harrison was worth $100 million, Ringo was worth $80 million and Paul was already worth around $400 million). Yoko inherited John's entire estate and has earned hundreds of millions of dollars from licensing deals, royalties merchandise and more, in the decades since his passing.

Yoko Ono was born on February 18th of 1933 in Tokyo, Japan. Her family is associated with the Yasuda clan, a Samurai family ranging back to the Edo period. The Yasuda clan is known as a "financial clan" due to their success in banking. Her father's side contains a long line of warrior-scholars from the Samurai class.

At the time of Ono's birth, her father moved to San Francisco for work. When Yoko Ono was two years old, she and the rest of her family followed. Her younger brother was born in 1934, and the family eventually moved back to Japan in 1937. Ono then began piano lessons and enrolled at Gakushuin, one of Japan's most elite schools.

In 1940, Yoko Ono and her family moved once again to the United States, although this time they lived in New York for one year before Ono's father was transferred to Hanoi. Once again, Ono enrolled in an exclusive school – but World War 2 quickly interrupted her education. She was in Tokyo during the great fire-bombing of 1945, but her family took shelter in a reinforced bunker and was unharmed.

What followed was a period of great hardship for Ono's family and everyone else in Tokyo. Yoko Ono had to beg for food alongside her mother, and they also bartered goods for rice. Her father was still in Hanoi during this time, although Yoko Ono later claimed that he was in French Indochina (present-day Vietnam) serving a sentence in a prisoner of war camp.

By 1946, Japan was stable enough to return to a semblance of normality, and the Gakushuin school reopened. Yoko Ono returned to her studies, and she was put in the same class as the future emperor of Japan. After graduating in 1951, Ono studied philosophy at Gakuishuin University for two semesters.

Living In The United States

At this point, her family had already returned to New York City in an effort to start a new life. Yoko Ono later rejoined her family after graduating from school at the age of 18. She continued her college education at Sarah Lawrence College, and she began her lifelong love affair with the arts. During this time, Yoko Ono started meeting poets, artists, and other people who she found interesting. Her parents, on the other hand, disapproved of her interacting with such people.

Yoko Ono soon started experimenting with her own art. Early efforts involved setting paintings on fire during live performances. In 1956, Yoko Ono married Toshi Ichiyinagi, a Japanese composer and leader in the experimental music movement. However, the marriage did not pan out well, and they eventually filed for divorce in 1962. During this time, Ono had moved back to Japan, where she suffered from depression and had to be placed in a mental institution.

After her marriage with Ichiyinagi collapsed, she moved back to the United States and married Anthony Cox, a jazz musician. They had one child together and frequently collaborated on performance art pieces together. Eventually, they divorced in 1969, as their marriage had been deteriorating for many years prior. That year, Yoko Ono married John Lennon. 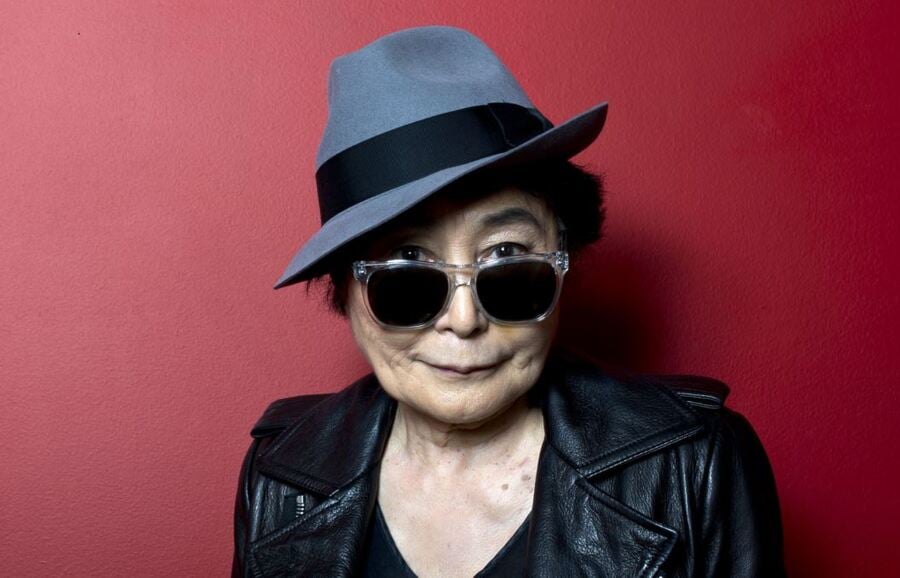 John Lennon first saw Yoko Ono's conceptual art exhibit in 1966, and he was impressed with what he saw. They later began to speak with each other, and a romance soon blossomed. Eventually, Yoko Ono came to John Lennon's house to record the Two Virgins album, and they made love that night. Lennon's wife came home from vacation in the morning to find Yoko Ono sitting in her house, wearing her bathrobe.

Lennon then divorced his wife and Yoko Ono became pregnant with his child, although she miscarried. During the next period, Ono and Lennon became increasingly involved in protests against the Vietnam war, most notably through "Bed-Ins for Peace." They were officially married in 1969.

Over the next few years, Yoko Ono began to collaborate with John Lennon and with the Beatles. She and Lennon created the album Unfinished Music No.1: Two Virgins and provided lead vocals for the Beatles song "The Continuing Story of Bungalow Bill." By 1969, Lennon and Ono had formed their own band: the Plastic Ono Band. In 1970, Ono released Yoko Ono/Plastic Ono Band, her first solo album. In 1971, Ono followed up with the album Fly.

By this point, the Beatles had disbanded and Ono had relocated to Manhattan with Lennon. Eventually, the relationship became strained and the two separated in 1973. By 1975, the couple had reconciled, and Yoko Ono subsequently gave birth to Lennon's second son, Sean. This marked the beginning of John Lennon's long hiatus from music, which lasted until just before his murder in 1980.

After the death of John Lennon, Yoko Ono funded and organized the construction of the Strawberry Fields memorial in Central Park, which honored Lennon. She also continued with her art career, creating the "Wish Tree" which instructed people to write a wish, fold it, and tie it on a branch of The Wish Tree. She is also known for creating "Arising," a feminist art piece that evokes imagery of phoenixes. Other notable works include "Skylanding" and "Refugee Boat." Prior to Lennon's death, Ono had achieved considerable success with the performance art piece called "Cut Piece."

In terms of music, Yoko Ono continued to release albums such as It's Alright, which contained the moderate hit "Never Say Goodbye." Yoko Ono also achieved success with the album Starpeace. The album featured the hit "Hell in Paradise" which reached the number 16 spot on the dance charts. Other notable albums include Blueprint for a Sunrise and Walking on Thin Ice (Remixes). 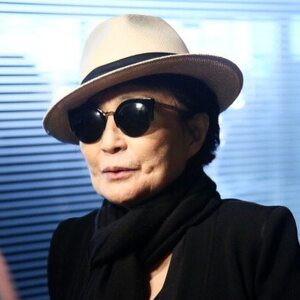