What is Vinny Guadagnino's Net Worth?

Vinny Guadagnino is an American reality television personality who is best known for having been a cast member on the MTV reality show, "Jersey Shore." Vinny Guadagnino has a net worth of $5 million.

Guadagnino was born on November 11, 1987 in Staten Island, New York. His family is Italian-American and his mother was born in Sicily, Italy before immigrating to the United States when she was 13 years old. During an episode of "Jersey Shore," his family's farm is depicted during a visit from the cast. Guadagnino attended Susan E. Wagner High School and then enrolled at the College of Staten Island.

Beginning in 2009 when Guadagnino was 21 years old, he was a cast member on MTV's "Jersey Shore." He appeared in all six seasons of the show from 2009 until 2012. The show depicted the lives of eight housemates who live together in a vacation home in Seaside Heights, New Jersey. Seasons two and four of the show took place in South Beach, Florida and Florence, Italy, respectively. The show was a culturally phenomenon and became incredibly popular, with many of the original cast members receiving future work in television because of its success. 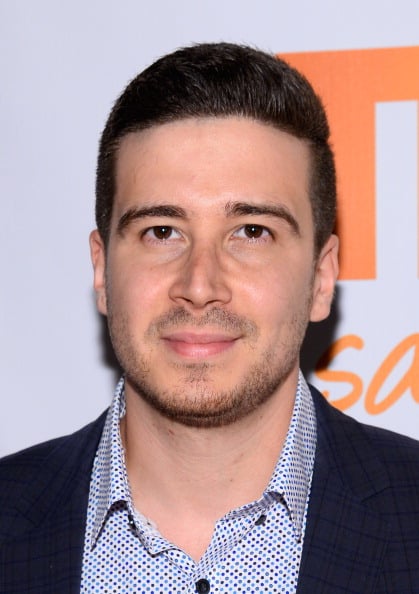 In 2013, Guadagnino began hosting his own talk show on MTV called "The Show with Vinny." In it, Guadagnino interviewed celebrities at his own home while they ate dinner with him and his family. He later earned a show on The Cooking Channel alongside his mother called "Vinny & Me Eat America."

In 2018, Guadagnino reunited with the majority of the original cast members of "Jersey Shore" in order to shoot "Jersey Shore: Family Reunion." The reboot ran for three seasons from 2018 until 2019. In April of 2019, Guadagnino began two major ventures: he started a month-long residency as a guest host in Chippendales at the Rio Hotel & Casino in Las Vegas and his show with "Jersey Shore" castmate Pauly D, "Double Shot at Love," began airing on MTV.

In 2021, Guadagnino competed on "The Masked Dancer," a spin-off of "The Masked Singer," and was eliminated in the sixth round. 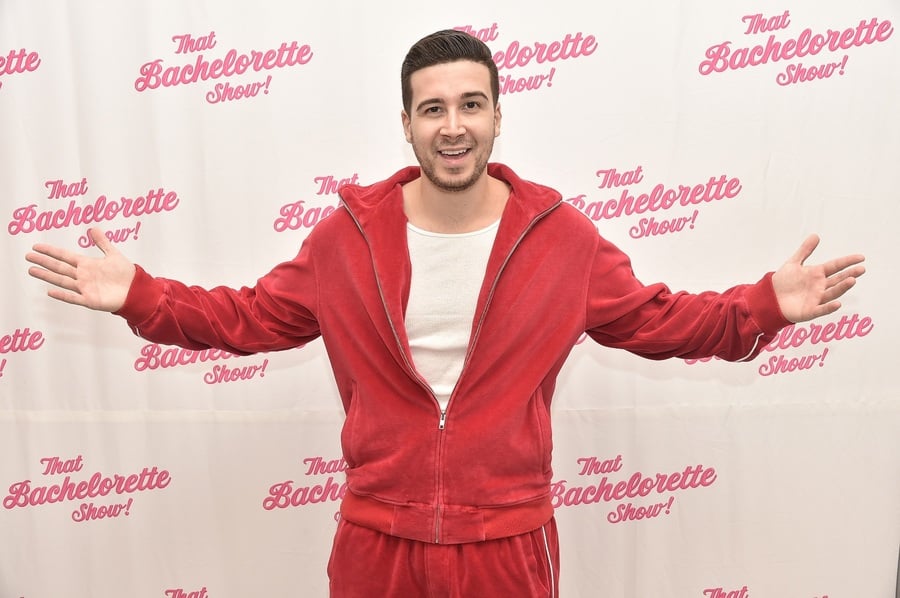 Outside of his professional life, Guadagnino has also committed himself to several philanthropic causes. In 2011, he launched an anti-bulling clothing brand called IHAV, the proceeds of which support the "Do Something" charity. He also is a supporter of animal rights and has participated in charity auctions to raise money for the rescue organization "Much Love." Additionally, he is gay rights advocate and has participated in the NOH8 Campaign and been a presenter at the GLAAD Awards.

Guadagnino has also spent time on his personal wellness and has personally lost over 50 pounds while following the keto diet, prompting him to start social media channels devoted to the keto lifestyle. Additionally, he has co-authored a book entitled "Control the Crazy: My Plan to Stop Stressing, Avoid Drama, and Maintain Inner Cool."

Guadagnino has been romantically connected to several different women, some of whom he met on the various reality shows he has participated in. He was dating Elicea Shyann while shooting the "Jersey Shore: Family Reunion" reboot but the two split in April of 2018. He also dated Alysse Joyner, whom he met on "Double Shot at Love" but the couple did not last beyond the end of the show. 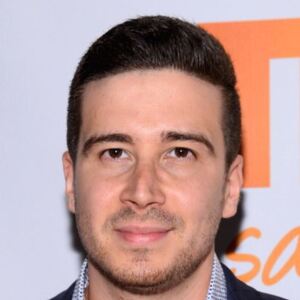