Victoria Gotti net worth: Victoria Gotti is a writer and reality television personality who has a net worth of $2 million dollars. Born November 27, 1962 in Brooklyn, New York, Victoria Gotti is the daughter of the late Gambino crime family Mafia boss, John Gotti (aka The Dapper Don and The Teflon Don).

She was the star of reality television show, Growing Up Gotti, on A&E Network. Father John Gotti was a convicted mob-boss who was in and out of jail during her childhood, during which time her mother told the family that her father was away on business as a plumbing supplier, helping to build a prison facility. In 1992, when Victoria was 30 years old, her father was convicted of racketeering and five counts of murder and sentenced to life in prison without parole, where he died in 2002. Victoria's own (ex) husband, Carmine Agnello, was arrested for using extortion and arson to frighten a Queens business competitor. Her entire life has been plagued with mob convictions and tragedies, including the death of her 12-year-old brother, Frank, who was hit by a car when he steered his bike out into oncoming traffic in 1980. Victoria was an avid reader and straight-A student, even skipping two grades in high school. She wrote her first book, Women and Mitral Valve Prolapse, in 1995. The book was inspired by her own struggle with the illness and documents her heart condition. The success of the book led to her career in fiction writing and she soon released a mystery novel The Senator's Daughter. 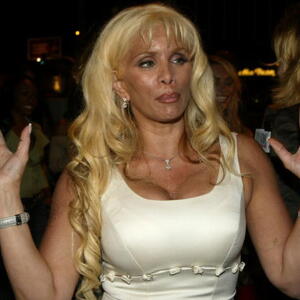