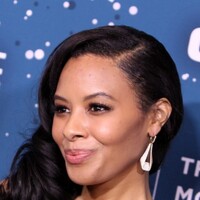 What is Vanessa Simmons' Net Worth?

Vanessa Simmons is a reality television personality, actress and entrepreneur who has a net worth of $9 million. Vanessa rose to fame for being featured alongside her family on the MTV reality series "Run's House." She has also been on the reality shows "Daddy's Girls," "Project Runway: Threads," and "Growing Up Hip Hop," among others. Meanwhile, Simmons' movie credits include "Speed-Dating," "Boogie Town," and "Dysfunctional Friends."

Vanessa Simmons was born on August 5, 1983 in Laie, Hawaii as the oldest daughter of Valerie and Joseph Simmons, AKA "Rev Run", who also had a daughter named Angela Simmons and a son named Joseph "JoJo" Jr. When Simmons was 10 years old, her parents divorced; her father subsequently got remarried to Justine Jones, giving her three step-siblings in Daniel, Russell, and Victoria. The lattermost child passed away shortly after being delivered due to a birth defect. Simmons' parents later adopted a baby girl named Miley.

Simmons first achieved mainstream recognition in 2005, when she appeared alongside her family on the MTV reality show "Run's House." The series focused on her father, former Run-D.M.C. rapper Joseph Simmons, as he managed his professional career and family life in Saddle River, New Jersey, where he owned a six-bedroom colonial-style home. All of the Simmons family members were prominently featured on the show, which ran for six seasons through 2009.

While she was on "Run's House," Simmons capitalized on her fame by landing a recurring role on the soap opera "Guiding Light." Following the end of "Run's House" in 2009, she began starring on the MTV spinoff series "Daddy's Girls." The show, which ran for 16 episodes across two seasons, followed Simmons and her sister Angela as they started their new shoe brand business and established themselves in Los Angeles. After this, Simmons made an appearance on her brother's reality series "Running Russell Simmons." She also appeared on the talk shows "The Wendy Williams Show," "The Mo'Nique Show," and "Anderson Live." In 2012, Simmons was featured in an episode of the Food Network reality competition series "Cupcake Wars." 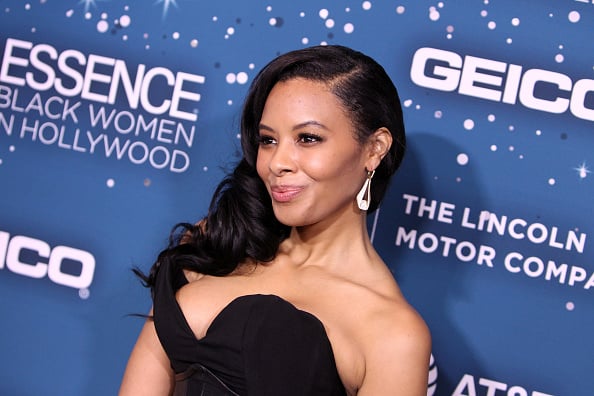 Simmons had her next major reality show gig in 2014, when she both hosted and served as a judge on the "Project Runway" spinoff "Project Runway: Threads." The show featured talented teenage fashion designers competing to win a prize package worth more than $50,000. Simmons was joined by judges Christian Siriano and Ingrid Nilsen, in addition to various guest judges on different episodes. Ultimately, the program was short-lived, running for just eight episodes during its single season. Following this, Simmons had a guest-starring role on the reality series "Growing Up Hip Hop," a show chronicling the lives of the kids of hip hop legends. After the first season, Simmons took on a supporting role; beginning in season three, she became a main cast member. "Growing Up Hip Hop" also stars her sister Angela, in addition to such personalities as Romeo Miller, Kristinia DeBarge, Boogie Dash, Egypt Criss, and Briana Latrise. In season five, the show added Simmons' brother JoJo.

Beyond television, Simmons has appeared in a number of films over the years. Her first, the comedy "Speed-Dating," came out in 2010. It costarred Wesley Jonathan, Chico Benymon, Leonard Robinson, Chris Elliott, Clint Howard, and Holly Robinson Peete. Next, Simmons was in "Talking with the Taxman About Poetry." In 2012, she appeared in "Boogie Town" and the ensemble dramedy "Dysfunctional Friends," starring Stacey Dash, Meagan Good, Terrell Owens, Meghan Markle, and Reagan Gomez-Preston, among others. Simmons' other credits have included "Hollywood Chaos" and the television films "From This Day Forward," "What Would You Do For Love," and "A Holiday Change."

In 2018, Simmons began starring on and executive producing the web series "Monogamy," which was created by Craig Ross Jr. and his wife Caryn Ward Ross. The show charts the lives of four married couples who use unconventional therapy methods to improve their floundering relationships. Simmons is joined in the cast by Jill Marie Jones, Brian J. White, Wesley Jonathan, Blue Kimble, and Darius McCrary, among others. The first two seasons of "Monogamy" aired on the Urban Movie Channel, while the third season premiered on ALLBLK. Outside of the United States, the series premiered on Netflix.

Simmons is in a relationship with her longtime boyfriend Mike Wayans, from the Wayans show-business family. Together, they have a daughter named Ava Marie.