How much is Ty Pennington Worth?

Ty Pennington net worth and salary: Ty Pennington is an American television host, model, philanthropist and carpenter who has a net worth of $12 million. Ty Pennington is probably most famous for being the host of Extreme Makeover: Home Edition which aired on ABC from 2003 – 2012. He also hosted Ty's Great British Adventure on UKTV Home in the United Kingdom. Prior to Extreme Makeover, Ty appeared on the TLC reality show Trading Spaces, as a carpenter. He currently manufactures a line of furniture for the Howard Miller Company. He was born on October 19, 1964, in Atlanta, Georgia. Ty's mother Yvonne Bruton was a psychologist. Ty was diagnosed with ADHD at the age of 17. His interest in home improvement started when he was 12 when he designed a three-story tree house. Ty and several neighborhood kids built the huge tree house in their neighborhood. His carpentry and home improvement skills are all self- taught. He did eventually earn an undergraduate degree from Atlanta College of Art in graphic design. He was recruited by a modeling scout during his final semester, and built a very lucrative career traveling around the world appearing in print ads for J. Crew, Swatch, and Sprite. He also appeared in several television spots for Diet coke, Levi's, Macy's and Bayer. Due to his modeling career Ty got a chance to live in many different places all over the world. Pennington was the owner and designer of Furniture Unlimited which was located in both Atlanta, and Los Angeles.

Ty has an endorsement deal with Sears that produces bedding, tabletop items, bath accessories, furniture, patio furniture, and other miscellaneous home decor.He is also active in the Sears American Dream Campaign which is a community outreach program. In addition to his furniture designing, and promotions with Sears, he also carries a line of hardwood flooring through Lumber Liquidators. In 2003 Ty wrote a do-it-yourself guide on home improvement titled, Ty's Tricks: Home Repair Secrets Plus Cheap and Easy Projects to Transform any room. He released the first issue of his quarterly magazine called Ty Pennington at Home, on May 15, 2007. The magazine featured many of his techniques, as well as the techniques of other interior designers. This magazine also gave his fans and avid interior designers a look at some of his original work, and bits and pieces of his busy life. Pennington is active in charity work and has participated in campaigns such as Access Surf Hawaii, which helps kids with disabilities learn to surf and play other water sports, Wonders of the Heart contest by Bayer Aspirin, and participated in a celebrity soccer match fundraiser for the Los Angeles Children's Hospital. 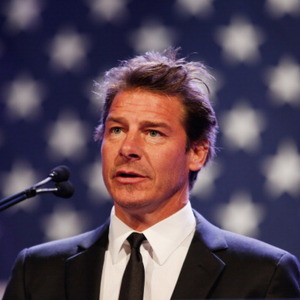