Tulisa Contostavlos Net Worth: Tulisa Contostavlos is an English singer/songwriter who has a net worth $4 million. Born on July 13, 1988 in Camden, London, she is also known as 'Tulisa'. Best known for her membership of the now defunct hip-hop group N-Dubz with her cousin Dappy and their friend Fazer, her parents were also musicians; her mother was a member of the '80s band Jeep and her father a member of the band Mungo Jerry (known for their hit 'In the Summertime'). Tulisa Contostavlos, also known as Tula Paulinea Contostavlos, had a very rough childhood and attempted suicide multiple times before her uncle stepped in and helped her find a more stable living situation. She began performing as a singer in her early teens, and was subsequently invited to join rappers Dappy and Fazer, who were looking for a female singer. The group was first known as the Lickle Rinsers Crew, but quickly changed their name to N-Dubz. In 2007, N-Dubz won the Best Newcomer award at the 2007 MOBO awards and the group signed with Polydor Records. Their single 'You Better Not Waste My Time' debuted at no. 26 in the UK. A few months later, it was announced that N-Dubz had left Polydor Records and signed to All Around the World Records, home to Ice Cube's 'You Can Do It' album. As a result of the success of the debut N-Dubz album, released in November 2008, Tulisa and the band headed out on their first headline tour. 'Against All Odds', the band's second album, was released in November 2009 and featured Tulisa singing a solo song, 'Comfortable.' Within two months of its release, it was certified platinum. After the tour for the album, N-Dubz signed to the US label Def Jam (home to Rihanna, Justin Bieber, Kanye West, LL Cool J, among others). The band left the label just after their third studio album Love.Live.Life was released, citing that the label was trying to alter the band too much. Tulisa Contostavlos was subsequently announced as one of the judges/mentors on the 2011 series of X Factor where she mentored the groups category and eventually led Little Mix to victory. This was the first victory for group in eight series of the show. 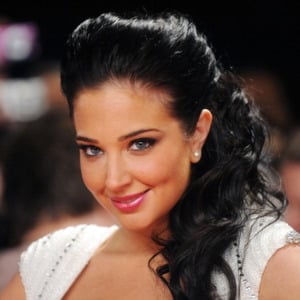