Travis Wall net worth: Travis Wall is an American dancer and dance instructor who has a net worth of $500 thousand. Travis Wall was born in Virginia Beach, Virginia in September 1987. He specializes in contemporary dance and jazz dance. Wall is best known for appearing on the reality television series So You Think You Can Dance in 2006.

In 2012 he joined the show as a choreographer. At nine years old Wall starred in a commercial for Dr. Pepper. He won the Junior National Outstanding Dancer Scholarship Award in 1999 and at 12 years old he starred in The Music Man on Broadway for two years. Wall was named the New York City Dance Alliance's Teen Outstanding Dancer of the Year in 2006. The same year he competed on So You Think You Can Dance and finished 2nd. He has danced on Dancing with the Stars and was in the 2008 Disney movie Bedtime Stories. He worked as an assistant choreographer for the Academy Awards in 2010. Wall and Nick Lazzarini, Teddy Forance, and Kyle Robinson are launching a dance company called Shaping Sound and will star in a new reality TV series called All the Right Moves. 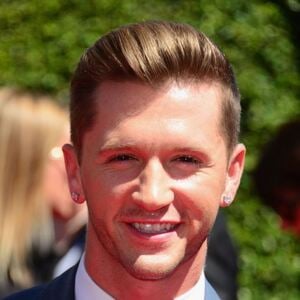