Tracy Tweed Net Worth: Tracy Tweed is a Canadian actress and model and the younger sister of actress Shannon Tweed. Tracy Tweed has a net worth of $2 million. Tracy Tweed was born on May 10, 1965 in St John's, Newfoundland to a mink rancher and was raised on a mink ranch in Markland. Tweed the youngest of seven children. Her siblings are Shannon Tweed, Sara Tweed, Kim Tweed, Lance Tweed, and Jeff Tweed. The family moved to her mother's family home in Saskatoon, Saskatchewan when she was a child after her father was in a serious car accident that left him in a coma and ended his mink ranching career. They survived on welfare.

Shannon is the sister-in-law of Kiss front-man Gene Simmons. She is an actress is best known for 1995's "Johnny Mnemonic" , She has worked in quite a few movies over the years including "Night Rhythms", "Night Eyes 3", "Live Wire", "Sunset Heat" and "Gene Simmons Family Jewels". She has been working as a model since 1992, s professionally, Tweed has been working for more than two decades now. She has three children, Emily and twin sons Hunter and Jake. She was briefly married to Chico, the brother of singer Diana Ross, in the 1980s. 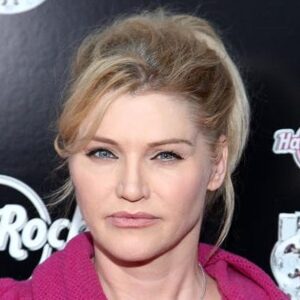