How much is Tracey Ullman Worth?

Tracey Ullman net worth: Tracey Ullman is an English actress, comedian, singer, dancer, director, author, and screenwriter who has a net worth of $115 million. Tracey Ullman was born in Slough, Berkshire, England in December 1959. At 16 she started finding jobs as a dancer. She played in Gigi in Berlin and joined the "Second Generation" dance troupe in England. She appeared in West End musicals including Grease and The Rocky Horror Show. She appeared on British TV sketch comedy shows Three of a Kind and A Kick Up the Eighties. She also appeared in the TV series Girls on Top. She came to the United States and got her own show The Tracey Ullman Show, which she starred in from 1987 to 1990. She starred in HBO's Tracey Takes On… from 1996 to 1999, and Tracey Ullman's State of the Union on Showtime from 2008 to 2010. She has won Emmy Awards for Outstanding Variety, Music or Comedy Program, Outstanding Writing in a Variety or Music Program, Outstanding Individual Performance in a Variety or Music Program, Outstanding Guest Actress in a Comedy Series, and Outstanding Variety, Music or Comedy Series. She also received a BAFTA Lifetime Achievement Award in 2009. She will appeared in the Christmas 2014 Disney release Into the Woods. Ullman released albums in 1983 and 1984. 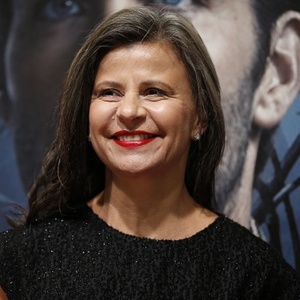