Tom Leykis net worth: Tom Leykis is an American talk radio personality who has a net worth of $22 million dollars. Most widely recognized for his syndicated show, "The Tom Leykis Show", which went off the air in fall 2009, Tom Leykis currently hosts the wine and food radio show, "The Tasting Room with Tom Leykis". Thomas Joseph Leykis was born in The Bronx, New York in August 1956. He is best known for hosting The Tom Leykis Show. He first filled in on the air at the age of 14. He was a sidekick on the 1979 talk show comedy The Simone Phone. He hosted The Graffiti Hour on public access TV in Long Island. He contributed to a show called The Phonebooth and later got a full-time radio hosting gig in Virginia. The Tom Leykis Show debuted in Miami in 1984. He moved to Phoenix in 1985 to become program director at KFYI. He moved to Los Angeles and worked for KFI from 1988 to 1992. Leykis was fined by the Federal Communications Commission but the fine was paid by his listeners. He moved to Boston to work for WRKO and then went back to Los Angeles. The Tom Leykis show became nationally syndicated on Westwood One in 1994. In 2010 he started an internet streamcast network called The New Normal Network. He has been labeled a shock jock due to the provocative nature of the show. The show was done in a hot talk format and targeted males from 18 to 49. In Leykis 101 he claimed to teach men how to get laid by spending the least amount of money, time, and effort. He has been sued many times and has been involved in controversies surrounding an on air murder confession and naming names that many other media outlets would not reveal. 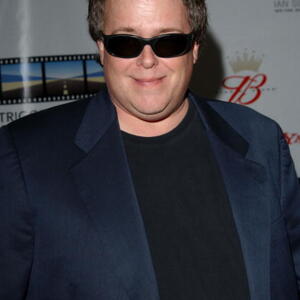