What is Tom Kenny's Net Worth?

Tom Kenny is an American actor, comedian and singer who has a net worth of $16 million. Kenny is perhaps best known for voicing the titular character on "SpongeBob SquarePants." In addition, he performs several other roles within the series, including Gary the Snail, Patchy the Pirate, and the show's narrator. Outside of his work with "SpongeBob SquarePants," Kenny is known for voice roles in shows like "Rocko's Modern Life," "Adventure Time," "The Powerpuff Girls," "Winnie the Pooh," "Johnny Bravo," and "Talking Tom and Friends."

He is also fairly active in the world of video games, having played the title role in the "Spyro the Dragon" series. In addition, he has performed several live-action roles in comedy variety shows such as "The Edge" and "Mr. Show." Over the course of his career, Tom has been recognized with several awards and honors, including two Daytime Emmy Awards and two Annie Awards. His wife Jilly Talley plays the role of Karen on "SpongeBob SquarePants."

Thomas James Kenny was born on July 13th of 1962 in Syracuse, New York. He developed a passion for music at a young age and began collecting records. During first grade, he met Bobcat Goldthwait, and to this day the two actors remain close friends. While the pair were teenagers, they attended their first open-mic night together and began their careers as stand-up comedians. They were heavily inspired by Barry Crimmins, who performed at the first stand-up show they attended. During this period, Kenny attended a Catholic high school. After graduating, he attended college before performing stand-up comedy around the nation for eight years.

Eventually, Tom Kenny transitioned from stand-up comedy into film and television projects. One of his first television roles was in 1989's "How I Got Into College." He then appeared in the 1991 film "Shakes the Clown" and 2004's "Comic Book: The Movie." During the early 90s, Kenny became a regular fixture on the sketch comedy show "The Edge." He also appeared frequently on the comedy sketch show "Mr. Show" throughout the mid-to-late 90s. Although Tom later transitioned towards voice acting, he has appeared as the live-action Patchy the Pirate character in "SpongeBob SquarePants," and he also booked a live-action role in the series "The Haunting Hour."

He has appeared on a wide range of children's animated series, especially those released by Nickelodeon. These include "The Fairly Odd Parents," "Camp Lazlo," "CatDog," "The Powerpuff Girls," "Foster's Home For Imaginary Friends," "WorldGirl," "Codename Kids Next Door," "Rick and Morty," "Transformers Animated," "Dilbert," "Super Robot Monkey Team Hyper Force GO!," "Adventure Time," and many others. Other roles came with "Clarence," "Henry Hugglemonster," "Ducktales," and "Miles from Tomorrowland." 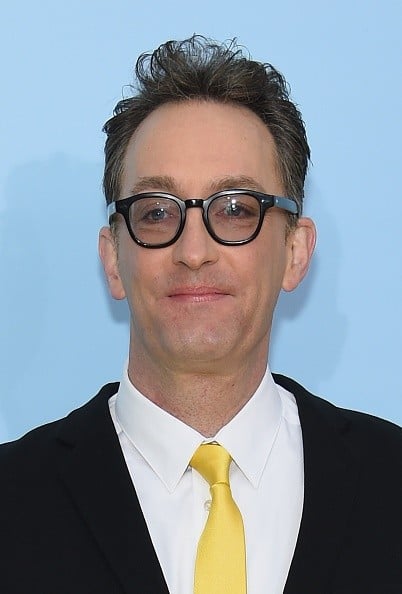 He is also known for playing various roles in superhero animated series. Kenny played the role of Penguin in the 2004 animated series "The Batman." He also played Dr. Otto Octavius in "The Ultimate Spider-Man." Outside of his work on children's animated series, Tom has booked a range of voice acting roles in more mature series. These include "Sit Down, Shut Up," "Brickleberry," and others. In addition, Tom has been quite active in the video game world, having first voiced Spyro in the game "Spyro 2: Ripto's Rage!" After this 1999 release, he went on to reprise his role as Spyro in all other releases until 2004's "Spyro: A Hero's Tail." Although he was eventually replaced, Kenny continued to voice other characters in Spyro games and eventually reprised the title role once again in "Spyro: Reignited Trilogy."

Of course, Kenny achieved the most notable success with "SpongeBob SquarePants." He first got involved in this project after the cancellation of "Rocko's Modern Life." During this period, he connected with marine biologist and animator Stephen Hillenburg, who had also worked on "Rocko's Modern Life." When Hillenburg developed his own concept for "SpongeBob SquarePants," he approached Kenny in 1997, offering the role of the title character. The show premiered in 1999 and went on to experience incredible success, both commercially and critically.

Along with voicing the role of SpongeBob, Kenny also voices characters such as Gary the Snail, the French Narrator, Patchy the Pirate, and SpongeBob's father, Harold SquarePants. Along with his work on the animated series, Kenny has voiced the title character in several movies. In 2010, he received an Annie Award for his work on the series, and in 2018 and 2020 he won Daytime Emmy Awards for his role.

Tom has revealed that he created SpongeBob's voice by trying to balance a child's tone and an adult's tone, resulting in a "child-man" not dissimilar to Stan Laurel or Jerry Lewis.

In 1992, Kenny met his future wife, Jill Talley. Talley is also a voice actor, and the pair met while working on "The Edge." They were eventually married in 1995. Since forming a relationship, Tom and Jill have gone on to collaborate on a number of projects together, including "SpongeBob SquarePants." Jill plays Karen Plankton in the series. In addition, they both appeared in a music video for the Smashing Pumpkins. In 1997, they welcomed their first child into the world. In 2003, they had a second child together. The family lives in Studio City, California. 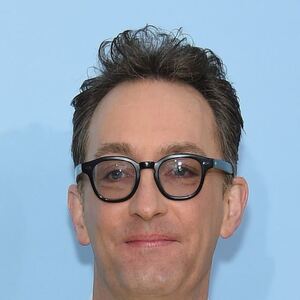