Todd Hoffman net worth: Todd Hoffman is an American reality television star and gold prospector who has a net worth of $7 million dollars. Todd Hoffman was born in Sandy, Oregon. Hoffman was the former owner of an Oregon-based aviation business but when the business failed, he decided to look for work off the beaten path.

Inspired by his father, a former gold prospector who had mined for gold in the 1980s, Mr. Hoffman decided to gather together a group of six friends who were also struggling with unemployment, and move to Porcupine Creek, Alaska. Their goal was to strike gold, and to build a new community in the wilderness that would allow all of them to live life simply and "off the grid". Their search for gold is being chronicled in the reality series, "Gold Rush" on the Discovery Channel. The first season began airing in December 2010 and entered its eighth season in October 2017. The show was originally called, "Gold Rush Alaska", but moved to the Yukon, Canada for season two, and subsequently changed its name. Hoffman and some fellow cast mates have even spent some time hunting for gold outside of Alaska in remote areas of Guyana, Chile, and Peru. Hoffman is the owner and operator of the 316 Mining company. He was originally inspired to enter the business by his father's gold mining adventures during the 1980s. He also starred in the reality television series Gold Rush: South America in 2013 and Gold Rush: The Dirt from 2013 to 2016. 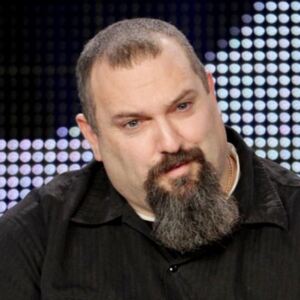