What is Todd Bridges' Net Worth?

Todd Bridges is an actor, best known for playing the character Willis Jackson on the sitcom "Diff'rent Strokes" from 1978 to 1986. Todd Bridges has a net worth of $250,000. Later on, he had a notable recurring role on the sitcom "Everybody Hates Chris." Bridges also starred in the 2012 Nigerian movie "Turning Point," and was a commentator on the cable television series "World's Dumbest" for four years.

Todd Bridges was born in 1965 in San Francisco, California to James Sr., a talent agent, and Betty Alice Pryor, an actress and director. He has an older brother named Jimmy, who also went on to become an actor.

Bridges had his breakthrough year on television in 1977. In addition to appearing in an episode of "Little House on the Prairie," he portrayed Bud Harvey on the landmark miniseries "Roots," and was in the television movie "A Killing Affair." Also that year, he began a main role on the "Barney Miller" spinoff "Fish," playing one of the racially mixed children of a pair of foster parents. Around this time, Bridges appeared in episodes of "The Waltons" and "The Love Boat."

In 1978, Bridges became a household name with his role on the sitcom "Diff'rent Strokes." He played Willis Jackson, one of two African-American brothers taken in by a wealthy white businessman in Manhattan. Bridges starred opposite fellow child actor Gary Coleman, who played his brother Arnold; Coleman's catchphrase, "What'chu talkin' 'bout, Willis?," became one of the most famous in television history. Other cast members on the show included Conrad Bain, Dana Plato, Charlotte Rae, Nedra Volz, and Mary Jo Catlett. A huge success with audiences, "Diff'rent Strokes" ran for eight seasons until 1986, and spawned the spinoff series "The Facts of Life," focused on Charlotte Rae's character Mrs. Edna Garrett. 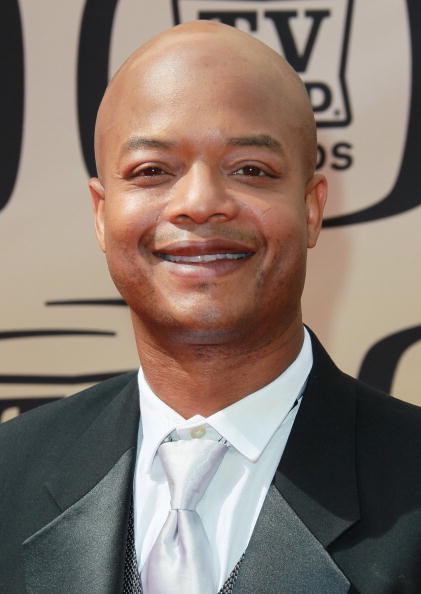 While still on "Diff'rent Strokes," Bridges appeared in the 1979 television movie "The Return of Mod Squad," and played Willis Jackson in a few crossover episodes of the NBC sitcom "Hello, Larry." In the 80s, he was in episodes of "Rosie" and "Here's Boomer," and appeared in the television films "High School U.S.A." and "Twice Dead." Bridges wasn't on television much in the 90s; his only credits during the decade were episodes of the children's series "The New Lassie" and the action drama series "L.A. Heat."

Bridges began the 2000s with a role in the television movie "The Darkling," based on David Kesterton's fantasy novel. Following this, he appeared as himself on the FX sitcom "Son of the Beach," and performed in an episode of the sketch comedy show "The Rerun Show." A larger part came in 2002, when Bridges had an eight-episode arc on the soap opera "The Young and the Restless." Later, from 2007 to 2009, he had one of his most memorable late-career roles on the sitcom "Everybody Hates Chris," playing the recurring character Monk. During this time, Bridges also began regularly appearing as a commentator on the TruTV series "World's Dumbest." Among his other credits in the 2000s, Bridges was a contestant on a number of reality competition shows, including "Fear Factor," "Skating with Celebrities," and "Hulk Hogan's Celebrity Championship Wrestling."

In the movies, Bridges made his debut with a small part in the 1989 comedy "She's Out of Control." He went on to appear in such films as "The Sounds of Silence," "Homeboy," "Gangstaz," "The Climb," "Dumb Luck," and "Curse of the Maya." In 2012, he had one of his most notable film roles in the Nigerian drama "Turning Point."

Bridges has had a number of run-ins with the law over the course of his career. In his 20s, while struggling with an addiction to crack cocaine and methamphetamines, he began dealing drugs. Bridges was consequently arrested for cocaine possession and felony assault. Drugs and firearms continued to cause trouble for Bridges. In 1989, he was arrested for the attempted murder of a Los Angeles-area drug dealer; represented by celebrity lawyer Johnnie Cochran, he was ultimately acquitted after pleading not guilty. Later, in 1992, Bridges was arrested when police officers found methamphetamines and a loaded gun in his car. He was eventually released on bail. The following year, Bridges swore off drugs.

With his ex-wife Dori, Bridges has a son named Spencir, who was also a child actor like his father. Spencir appeared in the film "Daddy Day Camp" and was in an episode of the sitcom "iCarly." Additionally, Bridges has a daughter from a prior relationship.

In 2008, Bridges published his memoir "Killing Willis: From 'Diff'rent Strokes' to the Mean Streets to the Life I Always Wanted." In the book, he talks about his difficult childhood, including his experiences of sexual abuse and drug addiction, and his attempts to move past his television identity.