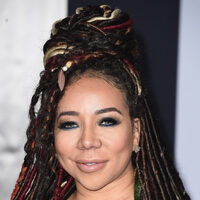 Tiny Harris Net Worth: Tameka Cottle, most recognized by her stage name Tiny Harris, is an American singer and reality TV star who has a net worth of $5 million. Cottle rose to fame with her involvement in the band Xscape; a multi-platinum R&B vocal group. Tameka has writing credits on hit songs such as "No Scrubs" by the legendary band TLC and one of Ed Sheeran's greatest hits, "Shape of You".

Not only is Cottle an amazing singer-songwriter, but she has also dabbled in reality TV shows such as "Tiny and Toya" and "T.I. & Tiny: The Family Hustle", both of which star Tameka's husband, the rapper T.I., and children.

Early Life: Tameka Diane Harris was born on July 14 of 1975 in College Park, Georgia. Tameka's mother, Diane Cottle, is a caucasian American, and her father, Charles "Speedy" Pope is African American. Cottle's father, along with her uncle, Joseph Pope, formed an R&B group named "The Tams", making their greatest chart success in the 1960s.

Career: In 1992, Tameka was attending Tri-Cities Performing Arts High School while also performing with the R&B quartet known as Xscape. Jamie Dupri heard Xscape sing at his birthday celebration in Atlanta, Georgia, and immediately signed them to what was his new record label, "So So Def Recordings." During Cottle's time in the group, she helped create three of the band's platinum albums: "Hummin' Cummin' at 'Cha'," "Off the Hook," and "Traces of My Lipstick." As part of the group Xscape, she received two "Soul Train Music Awards" for "Best New R&B Album." She also received the "A-Town Music Award" for "Best Duo/Group." Tameka has also sung lead vocals for Xscape for six of their biggest hit singles: "Understanding," "Do You Want To?," "All I Need," "Love's a Funny Thing," "My Little Secret," and "Am I Dreamin'," Besides her contributions to her band, she has also recorded songs for films such as "Bad Boys," "Soul Food," "Love Jones," and "Panther." Xscape broke up in 1998 after the release of their third album, "Traces of My Lipstick."

Despite Xscape parting ways, Cottle's accomplishments did not end there. Tameka teamed up with former Xscape member Kandi Burruss to help write TLC's legendary hit, "No Scrubs." This accomplishment was followed by Cottle and Burruss earning a Grammy Award for "Best R&B Song" in 2000. Cottle and Burruss also possess writing credits for Ed Sheeran's world-famous song "Shape of You."

Tameka has many other accomplishments such as being a member of the "American Society of Composers," receiving an "Authors and Publishers" award in the categories R&B and Pop Music for "No Scrubs," along with the "ASCAP Rap" award for her work on the track "No Pigeons" by Sporty Thievz. Cottle has also worked alongside other very successful artists like Bow Wow, T.I., Lil' Kim, and 8Ball & MJG. After a five-year break, Tameka rejoined with sisters LaToucha and Tameka Scott to release another Xscape album entitled "Unchained," while also adding Kiesha Miles to the group. Xscape released the single "What's Up" in 2005.

Cottle has taken part in a project with Kiesha Miles, putting together a musical trio by the name "OMG Girlz." Tameka's daughter, Zonnique, is part of the trio. Cottle, her family, and the OMG Girlz appeared in T.I.'s music video for the song "Hello."

Not only is she famous in the music scene, but Tameka Cottle has also made a name for herself on TV. Cottle had her own reality TV show named "Tina and Toya", starring Lil' Wayne's ex-wife, Antonia "Tonya" Wright. The show made its debut in June 2009.

Cottle returned to the music scene on July 22, 2014, under her new label name "Pretty Hustle," releasing her first solo single "What the Fuck You Gon Do?" The single reached number 5 on iTunes R&B/Soul charts, becoming number one in those categories in less than 24 hours of its release. Cottle took time away from her Xscape EP Promo to spend time with Heiress, her one-year-old daughter. 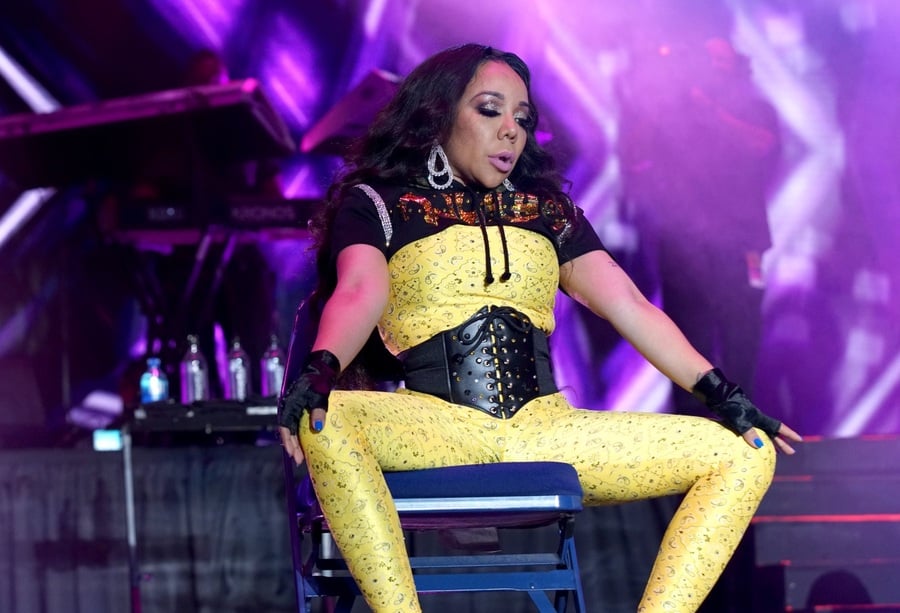 Personal Life: Tameka Cottle first started dating rapper Clifford Joseph Harris Jr., better known by his stage name T.I. in 2001. The couple later became married on July 30, 2010, in Miami Beach, Florida. Tameka and T.I. had their first son, King Harris, on August 25, 2004. They welcomed their second son, Philant Harris, into the world on May 16, 2008. In March 2016, Tameka gave birth to a daughter, Heiress Diana Harris. Sadly in 2007, due to being six months into a complicated pregnancy, Cottle's first daughter was stillborn. Tameka has an older daughter from a previous relationship with Zonnie "Zeboe" Pullins. Cottle's father, Charles Pope, passed away on July 11, 2013, at the age of 76 after having a strenuous battle with Alzheimer' Disease.

After six years of marriage, Tameka filed for divorce from T.I. in December 2016. But after spending some time with her group Xscape, the couple decided to attempt to heal their marriage. And with that, Cottle stated that "The divorce is off."

Legal Issues: After getting stopped by the police in Los Angeles, Tamera and T.I. were arrested on September 1, 2010. It was reported by the police that there was an odor of burnt marijuana that came from the inside of the vehicle the couple was driving in. The police found that Cottle and her husband were in the possession of the drug known as ecstasy. They posted $10,000 bail.