Tinsley Mortimer net worth: Tinsley Mortimer is an American television personality and socialite who has a net worth of $35 million dollars. Tinsley Randolph Mercer was born in Virginia in August 1975. Her father is a wealthy real-estate investor and her mother is an interior designer. She is a descendant of Thomas Jefferson.

She graduated from Columbia University with a degree in art history. She has her own line of handbags in clothing in Japan for Samantha Thavasa. Her handbags are also carried in the Madison Avenue store. She formed the line Riccime by Tinsley Mortimer and has been involved in condo development. Mortimer made a cameo in 2008 on the show Gossip Girl. She got her own reality show on The CW called High Society in 2010. She served as a judge on the series The Fashion Show from 2009 to 2011. She authored the book Southern Charm in 2012 and contributed to the best-selling book The Park Avenue Diet. She was previously married to Robert Livingston "Topper" Mortimer. In 2010 she appeared on Dr. Phil with her mother Dale. 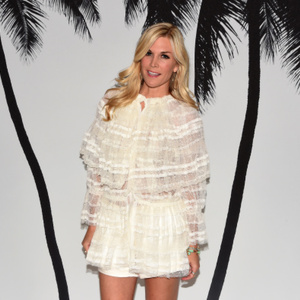