How much is Tim Heidecker Worth?

Tim Heidecker net worth: Tim Heidecker is an actor, comedian, musician, writer and director who has a net worth of $2.5 million. Tim Heidecker has earned his net worth largely thanks to his comedy act with Eric Wareheim. The duo created popular TV shows including Tom Goes to the Mayor and Tim and Eric Awesome Show, Great Job! (better known as The Awesome Show.) Heidecker along with Wareheim got their big break after sending their sketch videos to comedian Bob Odenkirk. Odenkirk was impressed and helped the duo land a show on Cartoon Network. In 2007, Tim and Eric Awesome Show, Great Job, was born. Aired on Adult Swim (part of Cartoon Network), the comedy sketch developed a strong fan base and Heidecker won a Webby Award for best actor of the show. The show spin-off, Check It Out! With Dr Steve Brule immediately followed after the Awesome show ended. Heidecker and Wareheim went on to appear in Young People's Guide to History, a two-part special television series. They also made guest appearances in the comedy Let's Go To Prison and in the video games series, VideoGaiden. Although he makes one half of a comedy team, Heidecker has various projects of his own. He made a brief appearance in the comedy film, Bridesmaids (2011.) Heidecker used his musical talents and produced an album called Starting from Nowhere. The 70s-inspired rock album was released in March of this year (2011). 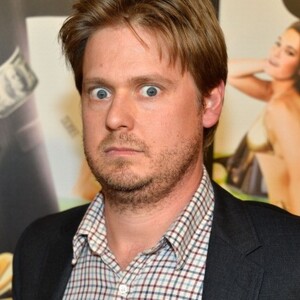