What is Tila Tequila's net worth?

Tila Tequila is a Singaporean-American model and television personality who has a net worth of $700 thousand. She first gained popularity through her use of MySpace and was later known for her reality show appearances.

Tila "Tequila" Nguyen was born in Singapore on October 24, 1981. Her parents were Vietnamese refugees and her family moved to Houston, Texas when she was a year old. In Houston, the family lived in a gated community run by a strict Buddhist temple. The family left the community when Nguyen was eight. In high school she started using drugs and joined a gang. Her friends gave her the nickname Tila Tequila due to her allergy to alcohol. As a teen she ran away to Queens, New York City for several months, experienced a drive-by shooting, and became pregnant before suffering a miscarriage. She ended up graduating Alief Hastings High School in 2001 and in 2001 she moved to California to try and become a model. She took some college classes but never obtained a degree.

At 19 she was discovered in a shopping mall by a Playboy scout and was offered a chance to model nude for the magazine. She did a test shoot and then she was Playboy's Cyber Girl of the week in April 2002 and became the first Asian Cyber Girl of the month. At age 20, she assembled a rock band called Beyond Betty Jean, for which she acted as singer and songwriter. They eventually broke up and Nguyen began working in recording studios to sharpen her vocal skills while writing music. She then became the lead singer of the band Jealousy. In 2003, she was a contestant on VH1's reality show "Surviving Nugent."

Tila became popular through the import racing scene and was featured on the covers of magazines, at car shows, and in video games. She joined MySpace in the fall of 2003 and gained thousands of followers, eventually gaining the nickname "Queen" of MySpace.

She hosted Fuse TV's Pants-Off Dance-Off in April 2006, in which a group of contestants stripped to music videos. She independently released her first single "I Love U" through iTunes in February 2007 and shot a video for the song. She has since released two solo EPs and five singles.

Nguyen made an appearance in April 2007 on the NBC show "Identity" and made a cameo appearance on the show "The War at Home." Later that year, she appeared in "I Now Pronounce You Chuck and Larry."

In 2008, she was the main star in the MTV reality show "A Shot At Love with Tila Tequila." The show was a bisexual-themed dating which featured straight men and lesbian women as would-be suitors to Tila. The twist was that the 32 contestants did not know she was bisexual until the end of the first episode. The ten episode series led to a heated debate online between Nguyen and conservative Christians after an article appeared on The Christian Post denouncing the show. Nguyen then wrote an impassioned response on her blog criticizing churches for bashing the gay community. The show aired for another season and the season finale aired in July 2008 with Kristy Morgan emerging as the winner. In 2008, Tila Tequila released her first book, a self-help guide called "Hooking Up with Tila Tequila: A Guide to Love, Fame, Happiness, Success, and Being the Life of the Party." 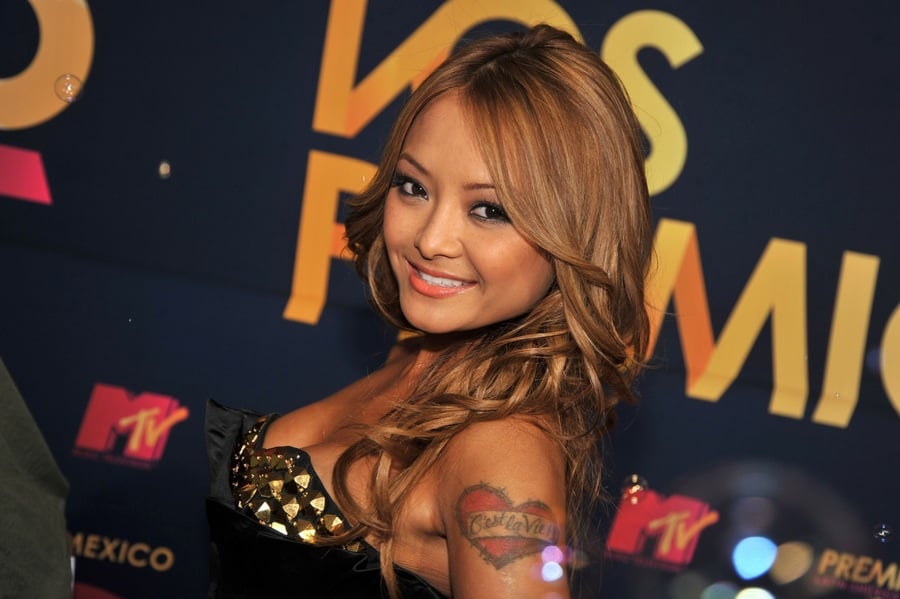 In 2010, she reinvented her image by changing her name to Miss Tila. She started a record label, Little Miss Trendsetter, and released her new single under her new moniker titled "I Fucked the DJ." The single failed to find success in the charts and received negative reviews. In May 2010, Tila launched a celebrity gossip blog called MissTilaOMG.com, along with her new EP "Welcome to the Darkside," which called on influences by classical artists along with Nina Simone and Billie Holiday. The EP was met with more positive reviews but failed to gain any commercial success. During this time, a sex take featuring Tila involved in a threesome with two other women was leaked. Although she attempted to buy back the tape before its release, she couldn't reach a deal with Vivid Entertainment. She later starred in a second sex tape that won a 2015 AVN Award for Best Celebrity Sex Tape. In August 2015, Tila became a contestant on the UK Celebrity Big Brother but was ejected from the house after just one day due to viewer complaints of anti-Semitic statements she had made that had surfaced from 2013. In 2018, Nguyen began selling artwork online under the name of Tornado Thein.

In 2007, Tequila was linked to the winner of her dating show "A Shot at Love", Bobby Banhart. She revealed that they had broken up in January 2008, however, Banhart posted a message on MySpace stating the two had never dated and he had never even been given her phone number.

In September 2009, Tequila was allegedly choked and restrained by ex boyfriend Shawne Merriman. He was later arrested but the San Diego district attorney declined to press charges. Two months later, Tila sued Merriman for $1.5 million. He countersued several weeks later alleging unfair competition and trademark infringement. She declined to respond to his suit and a default judgement was entered in his favor for $2 million.

Tequila got engaged to heiress Casey Johnson in 2009. Johnson died on January 3, 2010, due to complications resulting from diabetes.

On March 7, 2012, it was revealed that Tequila had agreed to check into rehab after having almost died by a suicide attempt via a pill overdose. She was hospitalized for a brain aneurysm and completed her rehab treatment in April 2012. She dated musician Thomas Paxton Whitaker in 2013 which ended due to Whitaker's reported financial problems. 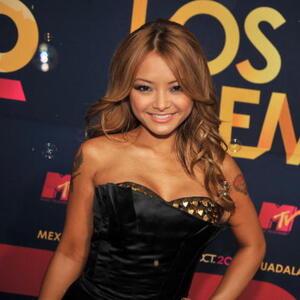