Tiffany New York Pollard net worth: Tiffany "New York" Pollard is an American television personality and actress who has a net worth of $500 thousand dollars. Most widely recognized for her appearances on the reality shows, "Flavor of Love", and "I Love New York", Tiffany Pollard has also appeared in numerous other reality shows and also on stage.

Early Life: Pollard was born on January 6, 1982 in Utica, New York to parents Michelle Rothschild-Patterson and Alex Pollard. Her parents were romantically involved but never married and later parted ways.

Pollard attended John F. Kennedy Middle School and then enrolled at Thomas R. Proctor High School, from where she graduated in 2000.

Career: Pollard was cast on the VH1 reality show "Flavor of Love" in 2006 at the age of 23. She was one of the most memorable cast members, as she clashed with all of the other contestants on the show as they vied for the love and attention of rapper, Flavor Flav. All of the contestants were given nicknames representing a unique aspect of their personality. Pollard was dubbed "New York" given her home state and the fact the she had a self-proclaimed New York attitude. A volatile exchange near the end of season one between Pollard and Brooke "Pumkin" Thompson in which Pumkin spat on Pollard left Pollard vowing to seek revenge. She attempted to do so at the reunion show, during which the two women engaged in a theatrical fight that was later recognized as one of VH1's 20 Greatest Celebreality Fights of all time. Pollard was one of the two final contestants but was eliminated after Flavor Flav chose Nicole "Hoopz" Alexander as the winner.

Pollard returned for season 2 of the show, as Flavor Flav's relationship with Hoopz had ultimately not worked out. She originally appeared on the show as a friend of Flavor Flav in order to help him select a new winner but then joined as a contestant. She again made it to the finals but was not chosen as the winner, resulting in a heated exchange between Pollard and Flavor Flav.

Given her popularity on the network, VH1 decided to give Pollard her own reality, "I Love New York," in 2006. The show was wildly successful and the debut was the most-watched season premiere in VH1 history. The season maintained very high viewership with its finale bringing in over 4.8 million viewers. Season two of the show did even better, with the finale bringing in over 5.4 million viewers. The finale of season two showed contestant "Tailor Made" proposing to Pollard, which she turned down, though she accepted once he tried again during the reunion special. 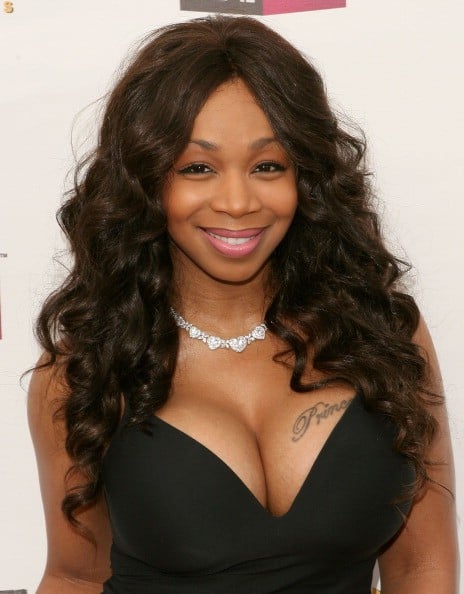 Outside of "Flavor of Love," "I Love New York," and their various spin-offs, Pollard has also found success in other reality television series. In 2015, she appeared on an episode of "Botched" describing her poorly done plastic surgery. She then participated in the 17th season of the United Kingdom series, "Celebrity Big Brother." She was very popular on the show and was saved by the British public on multiple occasions, allowing her to secure fourth place, making it further on the show than any other American female. Her success on the show led to her participation in related programs like "Big Brother's Bit on the Side" and "Big Brother 17," as well as other UK productions like TV One's "The Next: 15." She also participated in the first season of the American reality show, "Family Therapy with Dr. Jenn." In 2018, she reunited with Flavor Flav for the first time in six years on the show "Braxton Family Values." She also appeared as a guest judge on "RuPaul's Drag Race" during season 11. In 2020, she starred in the television special, "I Love New York: Reunited."

In addition to her work in reality television, Pollard has had a couple of acting roles. She played a supporting role in the 2008 film "First Sunday" alongside Ice Cube and Regina Hall. She also has done a couple theater productions, joining the 2009 national tour of the "Vagina Monologues" and appearing in the plays "The Clean Up Woman" and "The Trial of the Chicago 7."

Pollard has been recognized as being able to turn a brief moment in the spotlight during her appearance on the first season of "Flavor of Love" into a career and lifetime of success. Her big personality has also spawned a number of popular internet memes.

Personal Life: Pollard was engaged to both the winners of seasons one and two of "I Love New York." The season one winner, "Tango" ultimately called off their engagement after six months and Pollard herself announced that her engagement with season two winner, "Tailor Made," was over during an episode of "New York Goes to Hollywood."

Pollard has been open about suffering from a miscarriage in 2016, which was discussed on "Family Therapy with Dr. Jenn," on which Pollard appeared with her mother. She has also disclosed that she has bipolar disorder. In 2020, during her reunion special of "I Love New York," Pollard announced that she was engaged. 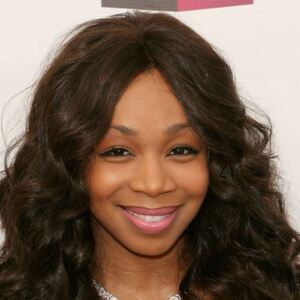