His work has gone on to appear at numerous galleries and on the covers of magazines and albums. There is some controversy surrounding the artist however, as he readily admits that he describes his work to other artists, rather than producing it himself. His work is also very similar to the work of Banksy and Shepard Fairey, two famous street artists who were also responsible for the popular documentary made about Mr. Guetta and his work. Though Mr. Guetta may be a real person, there is some dispute as to whether his artwork is actually his, or merely lesser work created by Banksy or Mr. Fairey, and passed off as his. 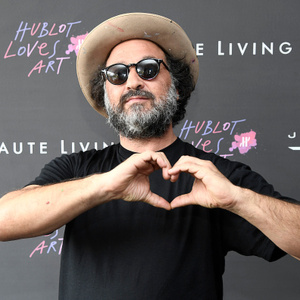