Taylor and his father Cameron auditioned for Australia's Got Talent as a guitar and singing duo Father & Son. It was suggested that they be solo artists and Taylor finished third while his father finished as runner-up. He auditioned and made it onto The X Factor Australia's fifth series in 2013 where he became runner-up and then received a contract with Sony Music Australia. Henderson's self-titled debut studio album was released in November 2013 in Australia. The album hit #1 on the Australian chart and was certified Platinum. It contained the #1 single "Borrow My Heart" which was certified 2x Platinum. His follow-up album Burnt Letters was released in July 2014 and also reached #1 in Australia and has been certified Gold. It contained the #5 hit and Platinum certified single "When You Were Mine". Henderson has also had a #2 single and Gold certified "Girls Just Want to Have Fun". He won ARIA No. 1 Chart Awards for Number One Album and Number One Song and has been nominated for two World Music Awards. 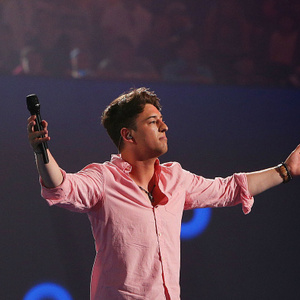