Tay Zonday Net Worth: Tay Zonday is an American singer, musician, announcer, voice artist, actor, comedian and YouTube personality who has a net worth of $500 thousand dollars. Tay Zonday was born Adam Nyerere Bahner on July 6, 1982 in Minneapolis, Minnesota where he graduated from The Evergreen State College in 2004. Early in his career, Zonday regularly performed at Balls Cabaret at The Southern Theater in Minneapolis.

In July 2007, Zonday was a graduate student in Minneapolis, when he became a YouTube sensation. He was soon making appearances on national television. He appeared on the "Opie & Anthony Show", G4TV's "Attack of the Show!", VH1's "Best Week Ever", "Lily Allen and Friends", "Jimmy Kimmel Live!", "Tosh.0", and "Maury" where he performed "Chocolate Rain" on national television a little over three months after he posted his composition on YouTube. He made the front page of Sunday's Los Angeles Times on August 12, 2007 with additional features in The Toronto Star, The Chicago Tribune's RedEye, The Star Tribune, and People and has appeared on CNN for a televised interview. On February 12, 2008, he appeared on the television show Lily Allen and Friends on BBC Three, and performed a cover of Lily Allen's debut "Smile. In March 2008, the video won a YouTube-award in the category "Music." 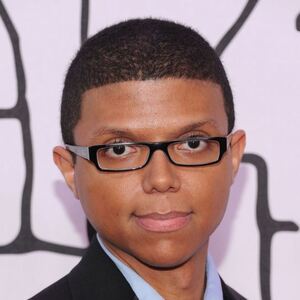