Tanner Foust is a professional racing driver, stunt driver, and television host and has a net worth of $1.2 million. Tanner Foust earned his net worth from a professional race driver. Growing up in a navy family, Foust spent several years as a child in Scotland where he discovered rally racing and learned to drive on the country roads near his home.

He graduated from the University of Colorado with a degree in molecular biology. After college, he began working as an ice driving coach, an instructor at automotive marketing events and competing in anything he could, including rally and drifting. He made the transition to professional racing in 2003, and soon moved to California to begin stunt driving for Hollywood films. He competes in rally, drift, ice racing, time attack and rally cross with multiple podium placements and national championships. He is a co-host on the American version of the motoring television series, Top Gear. A professional driver with a record of top finishes, he is a three-time X Games gold medalist and two-time Formula Drift champion. His varied racing experience also includes open wheel competition, the Pikes Peak Hill Climb, rally racing, sports car racing and the SCORE Baja. He has been a stunt driver for films such as The Fast and the Furious Tokyo Drift, Iron Man 2, and The Dukes of Hazzard. He competed in X Games XIII where he won the gold in the rally racing event. He also participated in Rally America in 2009. In 2010 at X Games XVI he got gold in Rally Car Racing and Rally Car Super Rally, driving the Rockstar Energy Ford Fiesta. He also competed in the European Rally cross Championships for Drivers, becoming the first American to do so. Tanner Foust was born on June 13, 1973 in Northern California. 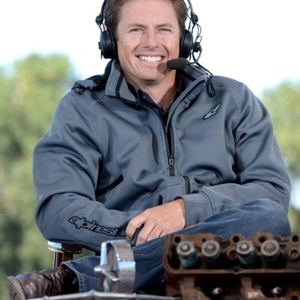