Tabatha Coffey Net Worth: Tabatha Coffey is an Australian TV star and hairstylist who has a net worth of $6 million dollars. Born in 1969 in Surfers Paradise, Australia, many of Tabatha Coffey's family members were hairstylists. She began assisting in a salon when she was a teenager and eventually moved to London to study the art.

Coffey's first salon, Industrie Hair Gurus, opened in Ridgewood, New Jersey and she tours the world several times a year for hair shows. She sold the salon in 2011 to continue her passion of educating other stylists. Coffey first appeared on Bravo's reality show "Shear Genius" and was eventually eliminated six episodes in, but was later named the program's Fan Favorite. She landed her own reality series with the network in 2008. "Tabatha's Salon Takeover" features Coffey working to improve failing salons around the nation, and became "Tabatha Takes Over" in its fourth season. She's openly gay and has been dating her partner for more than ten years. Coffey is committed to creating wigs for children suffering from childhood cancer and partners with St. Baldrick's Foundation. Coffey is the author of "It's Not Really About the Hair: The Honest Truth About Life, Love, and the Business of Beauty", which was published in 2011. She regularly contributes to beauty magazines such as "Marie Claire" and "Seventeen". 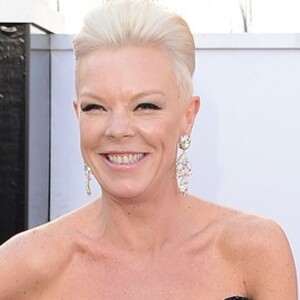