T. D. Jakes is an American bishop, author, and filmmaker who has a net worth of $20 million. T. D. Jakes is the Apostle/Bishop of The Potter's House, a non-denominational megachurch.

In 1995, he began to move into the world of publishing and media, when he founded the firm TDJ Enterprises. The company published his books, and also is responsible for producing his films. Then, from 1995 to 1996, Jakes served as the host of his own syndicated weekly radio and television show "Get Ready", which had national distribution. In 2009, he had tried to return to television with a partnership with CBS Television Distribution and Dr. Phil McGraw and Jay McGraw, with plans for them to launch a syndicated, secular talk show. However, the project never got off the ground. His own show, "T.D. Jakes", was launched in partnership with Tegna, Inc. and Debmar-Mercury in 2015, and aired in over 50 markets across the country. It was cancelled in 2017 due to poor ratings.

In 1996, Jakes moved to Dallas, Texas, and founded the non-denominational church The Potter's House. It features a 34-acre hilltop campus with a 5,000-seat auditorium, in addition to offices for employees and staff. He did not relocated to Dallas alone, his wife, children, and a staff of 50 employees all moved with him. By 1998, he had grown his congregation to over 14,000 members! In 2005 Jakes accompanied President George W. Bush on his visit to the areas devastated by Hurricane Katrina. 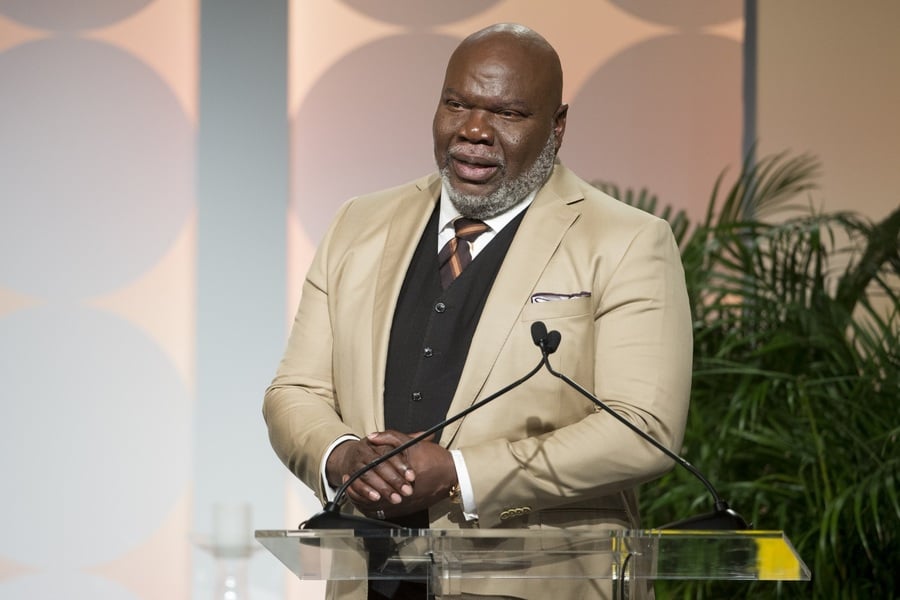 Jakes had received numerous honors, including 13 honorary degrees and doctorates from various institutions. He has also received Grammy and Dove Award nominations for his gospel album "Live from The Potter's House" (1998), and he actually won a Grammy Award at the 46th Grammy Awards in 2003 for his gospel album "A Wing and a Prayer". He other musical publications include the albums "Woman Thou Art Loosed" (1997) and "The Storm Is Over" (2001). He has been named among America's Top 10 Religious Leaders by both PBS Religion and Ethics Newsweekly. He was also featured on the cover of the September 17, 2001 issue of Time magazine.

Jakes married his wife, Serita Jakes, in 1982. The couple have five children together. 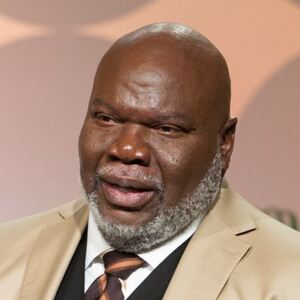