She grew up as part of a very famous family, and she was the subject of a great deal of speculation during the trial surrounding her mother's murder and her father's subsequent trial. On June 12, 1994, Nicole Brown Simpson and her friend Ron Goldman were murdered outside of her condominium in Brentwood, a suburb of Los Angeles. Goldman had been stabbed in the chest and neck; Brown had been stabbed repeatedly, and her carotid artery cut. Due to evidence collected at the scene, the main suspect in the murders was Brown's ex-husband, O.J. Simpson. After the trial was finished, she spent the next few years as part of a very public custody battle between her father and her mother's family. She has one younger brother named Justin Ryan Simpson who was born on August 6, 1988. She has since managed to live a relatively private life, and is now in her 20s, living and working in Atlanta, Georgia. She has recently begun to make headlines again due to rumors surrounding Khloe Kardashian. There have been rumblings that Khloe is actually her half-sister. No one from either family has stepped forward to deny or confirm the rumors. 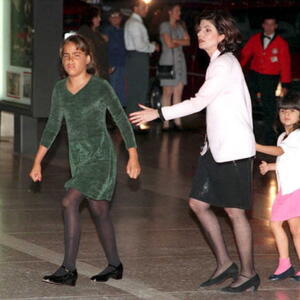