Stuart Scott Net Worth and Salary: Stuart Scott was an American sportscaster who had a net worth of $15 million. Best known for his work on ESPN's "SportsCenter," Scott became a fan-favorite among viewers thanks to his unique style, urban mannerisms, and liberal use of catchphrases. During the course of his career, Stuart regularly covered the NBA and NFL. Although he passed away in 2015, he is still considered a pioneer in the broadcasting industry because he was one of the most memorable African-American sportscasters. He wasn't the first African-American sportscaster, but he is recognized for uniquely blending black culture with sports in a way that had never been seen before. At the height of his career, Scott was considered one of the most recognizable and influential figures in the sportscasting industry, appearing regularly on both ESPN and ABC.

Stuart's career was cut short by cancer. He was first diagnosed with the disease in 2007, which initially manifested as appendix cancer. Although he successfully beat this cancer and went into remission, he continued to be diagnosed with new cancers from 2011 to 2013. His life came to an end in 2015, just six months after he had been honored with the Jimmy V Award for his battle against cancer. He was just 49 years old.

Early Life: Stuart Orlando Scott was born on July 19th of 1965 in Chicago, Illinois. At the age of seven, Stuart relocated with his family to Winston-Salem, North Carolina. He was raised alongside three siblings. During his high school years, Scott showed great athletic potential, captaining the football team and joining the track team. He also served as Vice President of the Student Council and was involved in a number of additional clubs and programs.

After graduating from high school, he attended the University of North Carolina at Chapel Hill. He quickly became involved with the school's radio station and also played wide receiver and defensive back on the football team. He eventually graduated in 1987 with a B.A. in speech communication.

Career: After graduating from university, Scott got a job with an ABC affiliate in Florence, South Carolina. He worked as a news reporter and weekend sports anchor, coining such phrases like "as cool as the other side of the pillow." This job lasted until 1988, after which he moved to an NBC affiliate in Raleigh, North Carolina until 1990. It was during this time that Stuart first started to exhibit his gift for sportscasting. In 1990, Scott moved to an NBC affiliate in Orlando, Florida and worked as a sports reporter and sports anchor. While in Orlando, he met with an ESPN producer called Gus Ramsey, who was impressed with Stuart's versatility and talents. 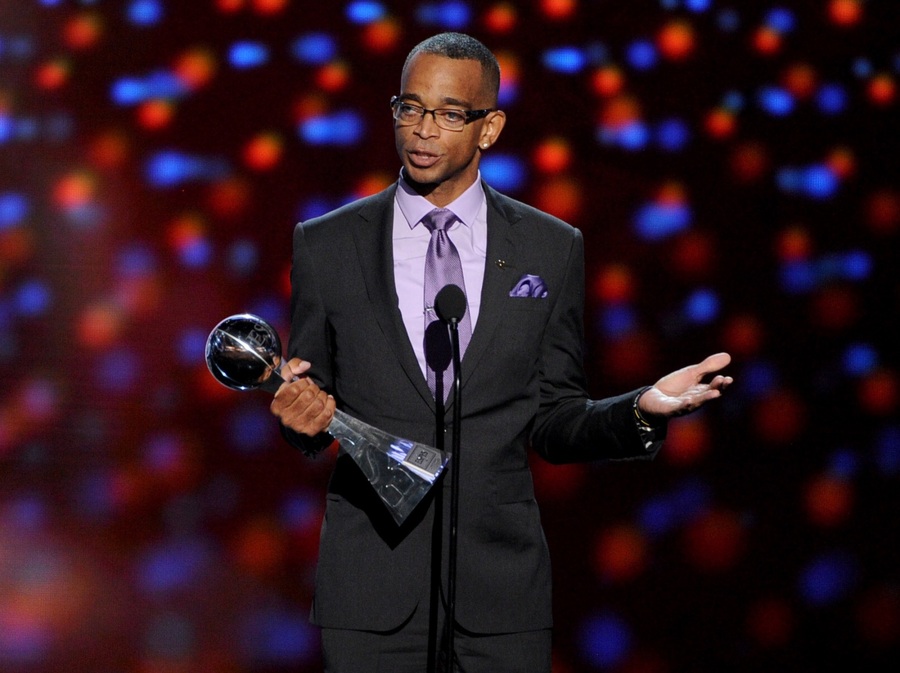 Scott stayed in Orlando until 1993, at which point he started working for ESPN for the first time. He began his career with the network by working with ESPN2 and appeared on shows like "SportsSmash" and "SportsNight." He then slowly moved up the ranks, eventually earning a place in the "SportsCenter."

In 2002, Scott became the studio host for "NBA on ESPN." Six years later, he had become the lead host for the show. During this period, he also started working with ABC, also covering the NBA. During the late 90s and 2000s, he became widely known for hosting the NBA finals, which included one-on-one interviews with Michael Jordan.

In 2006, ESPN started producing "Monday Night Football," and Scott was called out to provide on-site coverage. His other NFL shows included "NFL Primetime," "Sunday NFL Countdown," and others. In addition, Scott was known for hosting the MLB playoffs in 1995 for ESPN. Outside of television, Stuart wrote a column called "Holla" for "ESPN the Magazine." He also interviewed figures like Tiger Woods and Bill Clinton during his time as a reporter. Scott also hosted reality TV shows like "Stump the Schwab," "Teammates," and "Dream Job." He was also known for hosting a single episode of "America's Funniest Home Videos" called "AFV: Sports Edition."

Relationships: Scott married Kimberly Scott in 1997, and they had two children together before divorcing in 2007. He then pursued a relationship with Kristen Spodobalski, which lasted until his death.

Health Issues: Stuart Scott's first major health problem arose in 2002, when he was hit in the face by a football. The football damaged his cornea, and surgery was not able to stop him from experiencing ptosis, which is a drooping of the eyelid.

In 2007, Scott experienced a severe stomach ache and had his appendix removed. Doctors tested the removed appendix and discovered that it was cancerous. He quickly underwent surgery to have part of his colon and some of his lymph nodes removed, and he then underwent chemotherapy. Scott tried to keep busy while undergoing chemo, exercising and continuing with work.

The cancer seemed to dissipate, but it returned in 2011. This next phase went into remission, but it returned again in 2013. In 2014, he had switched to chemotherapy pills rather than traditional infusions. During this period, he also continued to have surgeries and also underwent radiation therapy. In 2014, he was given the Jimmy V Award at the ESPY Awards in honor of his battle against cancer.

Passing: On January 4th of 2015, Stuart Scott passed away from appendix cancer. He was 49 years old, and he had been fighting cancer on and off for more than seven years.

Salary: At the peak of his career with ESPN, Scott was earning an annual salary of $4 million. 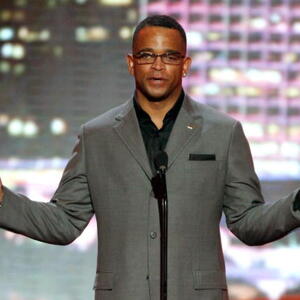