Steve Wilkos Net Worth and Salary: Steve Wilkos is an American television personality and host who has a net worth of $6 million. He is best known for working as director of security for "The Jerry Springer Show" and as host of his own tabloid talk show "The Steve Wilkos Show."

Early Life and Career: Steve Wilkos was born on March 9th, 1964 in Chicago, Illinois. His father worked as a police officer, and his mother was an instructor at a beauty school. He grew up with his three siblings in what is now referred to as the Roscoe Village neighborhood in North Center, Chicago. As an adolescent and teenager, he got into fights at school and hung out with a rough crowd. After graduating high school in 1982, he joined the US Marine Corps, and he served for seven years. He married his first wife a couple of years later in Quantico, Virginia, but they divorced after two years in 1985. In early 1990, Wilkos began working for the Chicago Police Department. He worked as a police officer for the Chicago Police Department until 2004. His career in television began in 1994 when a fellow officer asked him if he would do security with him for a "The Jerry Springer Show" episode involving the Klu Klux Klan.

Security for Jerry Springer: Wilkos began working as a security guard in the early 1990s, and after he worked on "The Jerry Springer Show" for an episode, they decided to bring him on for additional shows. Most of the show's security personnel were retired or current police officers, and Wilkos recruited several officers from his squad to do part-time security for the show. In 2001, he began working for "The Jerry Springer Show" full-time. Regarding the difference between working as a cop and on "The Jerry Springer Show," he has stated that although the guests on the show are riled up and aggressive, the environment is controlled without the surprises that police frequently encounter. He has suffered two injuries on the show. He fell off the stage and slammed his jaw on the ground, and he once tore a muscle in his groin. During a break from taping the show, Wilkos had a brief stint as a professional wrestler with the Maryland Wrestling Championship. In 2002, he made his debut in the wrestling ring and teamed up with professional lightweight wrestler Gillberg to fight Dino Divine & Chad Bowman. Wilkos and Gillberg won the match.

While working on "The Jerry Springer Show," Wilkos made guest appearances on television shows including "The Roseanne Show," the restaurant-reviewing series "Check, Please!," the game show "Identity," and "Maury." Additionally, he was featured in the 2002 television documentary "When Jerry Springer Ruled the World." In 2006, Springer competed in "Dancing for the Stars," and he asked Wilkos to stand in for him as the show's host. Springer later recruited Wilkos to substitute for him once a week. He has also made cameo appearances on the MLB Network, on the television shows "Between Brothers," "The Wayne Bros.," and in the film Austin Powers the Spy Who Shagged Me."

The Steve Wilkos Show: Wilkos left "The Jerry Springer Show" in 2007, and two months later, his own tabloid talk show "The Steve Wilkos Show" premiered. During his time on the "The Jerry Springer Show," he had a bit called Steve to the Rescue that was so popular it led Springer to pitch the idea for the "The Steve Wilkos Show" to NBC producers. Wilkos' show had a more serious tone than "The Jerry Springer Show," and there was a larger focus on criminal justice issues. While Springer wanted a show that was raunchy and high-energy, Wilkos wanted to cover more serious issues and maintain more order on the set. Each episode focuses on a specific criminal justice topic or crime and features guests that have experience as a victim or perpetrator. In addition to crimes, the show also features individuals who claim to have been wrongly accused of crimes. When individuals accused of serious crimes have come on the show, he has barred them from sitting on the chairs that were on the stage. He stated that his reasoning for this is that those who've committed heinous crimes don't deserve to be comfortable on his show because of the pain they inflicted on their victims. He has a habit of throwing the empty chairs when particularly angry. After the first season, Wilkos added infidelity and questions of paternity as topics, and these topics served to add a degree levity to the show as he would often make jokes at the expense of himself as well as the guests. The show has remained on the air since it began in 2007, and NBC announced in 2020 that the show had been renewed for two additional seasons.

Personal Life: Wilkos' first marriage was to Rosae Wilkos, and it lasted from 1985 to 1987. His second marriage was to Hannah Wilkos in 1999, and they were divorced within a year. In 2000, he married Rachelle Consiglio who worked as an executive producer for "The Jerry Springer Show." The couple has two children and live in Darien, Connecticut. They also own a home in Camp Lake, Wisconsin. In 2008 he paid $543,000 for the Wisconsin home. He paid $1.9 million for the Connecticut home in 2009.

In Janurary of 2018, Wilkos was involved in a roll-over car accident near his home and was suspected of drunk driving. The Darien police department obtained a warrant for a blood sample, and his blood alcohol level was .29. He was subsequently arrested and charged with driving while intoxicated. He asked the judge for an alternative punishment that would result in the charges being dismissed once he had completed the mandated education and treatment program. 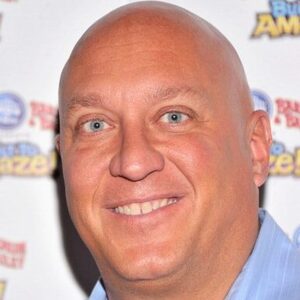