Steve McManaman net worth: Steve McManaman is a retired English soccer player who has a net worth of $18 million. Steve McManaman was born on February 11, 1972 in Kirkdale, Liverpool, England. He grew up as an Everton supporter, but his dad had him sign a two-year apprenticeship offer with Liverpool.

McManaman made his debut for the club in December 1989, scoring his first goal in 1991. He played for Liverpool until 1999, scoring 46 goals in 272 appearances. The club also won the FA Cup in 1991-92 and the League Cup during the 1994-95 season. In 1999, Steve McManaman signed with Real Madrid. He played there until 2003, scoring 8 goals in 94 appearances. During his tenure there, Real Madrid won La Liga twice (in 2000-01 and 2002-03), the Supercopa de Espana twice (in 2001 and 2003), the UEFA Champions League twice, in 1999-2000 and 2001-02, and both the UEFA Super Cup and Intercontinental Cup in 2002. He joined Manchester City in 2003 and played there before retiring in 2005, appearing in 35 matches without scoring a goal. For his career, he scored 80 goals and had 182 assists in 560 appearances. Internationally, he played for England in 37 matches, scoring three goals. Since his retirement, Steve McManaman has made media appearances on networks like Setanta Sports and ESPN, working as commentator and analyst. 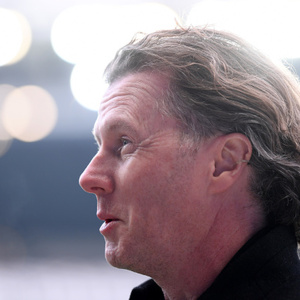