How much is Steve Dahl Worth?

Steve Dahl Net Worth: Steve Dahl is an American radio personality and humorist who has a net worth of $15 million dollars. Born November 20, 1954 in Pasadena, California, Steve Dahl is one of Chicago's most outrageous radio personalities and has also proven to be equally successful as a vocalist and songwriter. His band, Teenage Radiation, used a sharp sense of humor to turn such parodies as RTA and Do You Think I'm Disco into national hits. Do You Think I'm Disco reached the top position on a novelty records top ten, compiled by Dr. Demento in August 1979. Dahl later collaborated with Brian Wilson and producer/keyboard player Joe Thomas to write the title song of Wilson's 1998 album, Imagination. Dahl moved to Chicago in the mid-'70s to host the morning shift on WLUP. Dahl found a similar-minded collaborator when he met overnight DJ Garry Meier in 1978. Dahl and Meier formed one of the most controversial duos in broadcasting. One of their first stunts was a Disco Demolition night at Comiskey Park in 1979. In 1981, they were fired for violating community language standards and moved on to take over the afternoon shift at WLS-FM. Despite the change, Dahl and Meier continued to face opposition. When transferred to WLS-AM in 1984, the duo missed numerous shows and it took legal litigation and suspension before they agreed to finish out their contract. They returned to WLUP-FM in 1986. Although he remained active in radio, Dahl experienced a low point in his career during the '90s, but following a brief stint on a sports radio station, he bounced back as host of a popular radio talk show since 1996. Steve Dahl and Teenage Radiation performed their final concert on June 8, 1997. 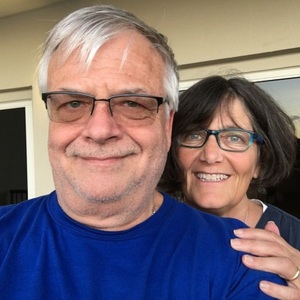