What was Stephen Hawking's net worth?

Stephen William Hawking was born on January 8, 1942, in Oxford, United Kingdom to Frank (1905–1986) and Isobel Eileen Hawking (née Walker; 1915–2013). Hawking started his education at London's Byron House School. He didn't learn how to read while at that school and much later, he said the school's progressive methods were to blame. When he was eight, he attended St. Albans High School for Girls for a handful of months. At the time, young boys were allowed to enroll. Hawking passed his 11+ exams a year early and attended St. Albans School. His family valued education. His St. Alban's math teacher helped young Hawking build a computer out of an old telephone switchboard, clock parts, and various other items.

Hawking had an innate talent for science and math and chose to major in mathematics in college. He was awarded a scholarship to Oxford in 1959. He began his university studies in the fall of 1959 at the age of 17. As a second and third-year student, Hawking made a concerted effort to fit in and be "one of the boys." He joined the boat club and coxed a rowing crew.

Hawking graduated with honors with a degree in physics. After a trip to Iran with a friend, he began his graduate work at Cambridge in the fall of 1962. His first year as a Ph.D. student was rough. He didn't get the advisor he wanted. He had been hoping for noted astronomer Fred Hoyle but was assigned Dennis Schiama, a founder of modern cosmology. At the time that Hawking started his graduate work, there was a lot of new debate in physics about the creation of the universe. They were called the Big Bang and Steady State theories. Hawking applied the same thinking–the idea of a black hole–to the entire universe and wrote his graduate thesis on the subject. In 1966, Hawking earned his Ph.D. in applied mathematics and theoretical physics with a specialty in general relativity and cosmology. His essay "Singularities and the Geometry of Space-Time" won the Adams Prize in March 1966. The Adams Prize is one of the most prestigious prizes awarded by Cambridge annually to a UK-based mathematician for distinguished research in the Mathematical Sciences.

Hawking found success with several books on popular science in which he discusses his theories and cosmology in general. His book "A Brief History of Time" was on the bestseller list for a record-breaking 237 weeks. Hawking was a  recipient of the Presidential Medal of Freedom, the highest civilian award in the United States.

In 1974, Hawking's research and findings turned him into a celebrity within the scientific world when he proved that black holes aren't the information vacuums that scientists originally thought. Hawking demonstrated that 'matter'—in the form of radiation—can escape the gravitational force of a collapsed star. This theory was aptly named Hawking Radiation. In September 2010, Hawking spoke against the concept that God could have created the universe in his controversial book The Grand Design. His latest work concludes that the Big Bang was the inevitable consequence of the laws of physics and nothing more.

Hawking made the news again in 2012 for two very different reasons: He participated in a 2011 study of a headband-style device called the iBrain which could be revolutionary to ALS sufferers by picking up waves of electrical brain signals. That same year he showed off his humorous side on American television by making a guest appearance on "The Big Bang Theory." 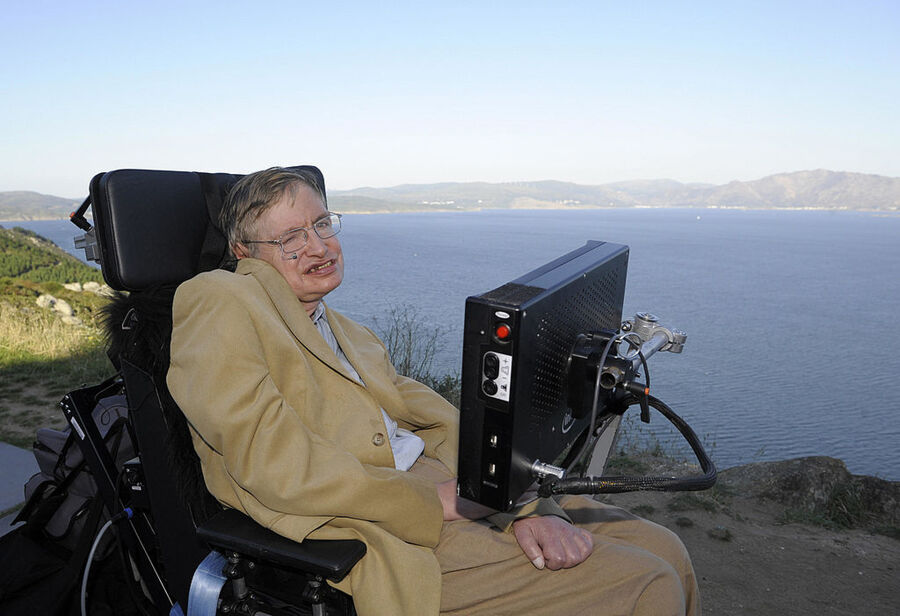 While he was in graduate school, Hawking was diagnosed with the motor neuron disease amyotrophic lateral sclerosis (ALS), or Lou Gehrig's disease, a fatal neurodegenerative disease that results in the death of motor neurons in the brain and spinal cord, which gradually paralyzed him over decades. Hawking had experienced increasing clumsiness during his final year at Oxford, including a fall on some stairs and difficulties when rowing. The problems worsened and his speech became slightly slurred. His family noticed the changes when he returned home for Christmas. The diagnosis came when Hawking was 21, in 1963. At the time, doctors gave him a life expectancy of two years. After his diagnosis, Hawking fell into depression. His disease progressed more slowly than doctors had predicted. Although Hawking had difficulty walking unsupported, and his speech was almost unintelligible, his initial diagnosis that said he had only two years to live proved unfounded.

Throughout most of his adult life, he was almost entirely paralyzed. He was confined to a wheelchair and communicated through a speech-generating device.

Stephen Hawking met Jane Wilde at a party in 1962. They got engaged in the fall of 1964, aware of the challenges Hawking's diagnosis would present. They married on July 14, 1965. They had three children: Robert, born May 1967, Lucy, born November 1969, and Timothy, born in April 1979. By the early 1980s, Jane felt overwhelmed by her husband's celebrity as well as all the nurses and assistants intruding on their life.

In February 1990, Hawking told Jane he was leaving her for one of his nurses, Elaine Mason, who he'd grown close to over the preceding few years. He moved out of the family home, divorced Jane in 1995, and married Mason in September 1995. Hawking's family felt excluded from his life after his divorce from Jane and subsequent marriage to Elaine Mason.

In 2006, Hawking and Mason quietly divorced, and Hawking resumed closer relationships with Jane, his children, and his grandchildren.

Hawking believed that, given the vastness of the universe, aliens likely exist, but that contact with them should be avoided. He warned that aliens might pillage Earth for resources. In 2010 he said, "If aliens visit us, the outcome would be much as when Columbus landed in America, which didn't turn out well for the Native Americans."

Hawking was an atheist and believed that "the universe is governed by the laws of science." 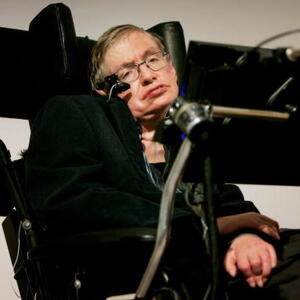