Stephen Colletti Net Worth: Stephen Colletti is an American actor and reality TV star who has a net worth of $1 million dollars. Born in Newport Beach, California, in 1986, Stephen Colletti grew up on the beach and began acting in theater in middle school. He enrolled in San Francisco State University but eventually left to pursue an acting career after his reality TV debut.

In 2004, he was included on the first season of MTV's hit reality series "Laguna Beach: The Real Orange County" alongside Kristin Cavallari, Lauren Conrad, Lo Bosworth and Trey Phillips. Colletti appeared on the show's first two seasons, but opted out of the third and final season. Colletti's storyline focused primarily on his love triangle with Cavallari and Conrad and his eventual volatile relationship with Cavallari. He was nominated for a Teen Choice Award for Choice TV Reality/Variety Star for "Laguna Beach". Three years later, he appeared in the spin-off "The Hills" and also picked up a job VJ'ing "Total Request Live" on MTV. That year, he landed a recurring part on the popular drama "One Tree Hill" as Chase Adams. He appeared in 57 episodes. Other TV and film credits include "Normal Adolescent Behavior", "What We Became", "Kill Katie Malone", "All About Christmas Eve", "Status: Unknown", "Celebrity Undercover" and "Hit the Floor". 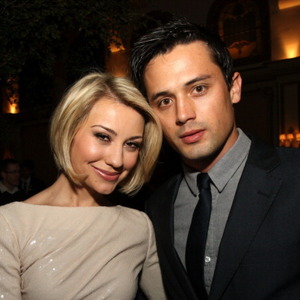