Stephanie Pratt Net Worth: Stephanie Pratt is an American TV personality who has a net worth of $500 thousand dollars. Born in Los Angeles, California, in 1986, Stephanie Pratt was a prominent cast member on MTV's Laguna Beach spinoff series The Hills. While "The Hills" initially featured Lauren Conrad, Heidi Montag, Audrina Patridge and Whitney Port, Pratt became a larger part of the show when her brother, Spencer Pratt, began dating Heidi Montag.

Conrad and Montag's friendship fell apart during filming, and Pratt and Conrad developed a bond after realizing they attended the same school. She became a bigger cast member in the fourth and fifth seasons, and soon struck up a rivalry with Laguna Beach star Kristin Cavallari. Pratt was featured on the sixth season of the show, which chronicled her DUI arrest. She was part of the U.K.'s Celebrity Big Brother and Made in Chelsea on E4. Pratt is an avid animal advocate who posed nude for a PETA campaign in support of bunnies and cruelty-free products. She's faced a litany of legal trouble, including shoplifting and alleged drunk driving, and has discussed her battle with bulimia. Pratt attended the Fashion Institute of Design & Merchandising in Los Angeles. She currently splits her time between Los Angeles and London and appeared on the hit Bravo reality series, Millionaire Matchmaker. In 2019 Stephanie returned to MTV as a cast member of The Hills: New Beginnings. 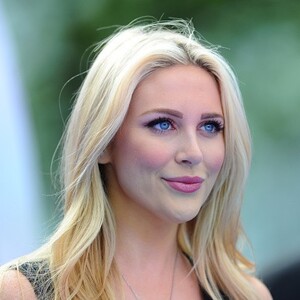