What is Star Jones's Net Worth?

Star Jones is a lawyer, journalist, and television personality who has a net worth of $12 million. Star is best known as one of the original co-hosts on the morning talk show "The View." Later, she had her own talk show called "Star Jones" on truTV, and appeared as a contestant on the fourth season of "The Celebrity Apprentice." Additionally, Jones has guest-hosted a number of cable programs, including "House Hunters" and "Larry King Live."

Star Jones was born in 1962 in Badin, North Carolina. She was raised in Trenton, New Jersey by her mother, a human services administrator, and her stepfather, who worked in municipal security. Jones went to Notre Dame High School in Lawrenceville, New Jersey, and subsequently enrolled at American University in Washington, DC. From the latter school, she graduated with a BA degree in administration of justice. Later, Jones obtained her JD from the University of Houston Law Center, and was admitted to the New York state bar in 1987.

For five years, Jones served as a prosecutor with the Kings County District Attorney's Office in Brooklyn, New York. Following this, she was promoted to senior assistant district attorney. In 1991, Jones was recruited by Court TV to become a commentator for the William Kennedy Smith rape trial. She went on to serve as a legal correspondent for NBC's "Today" and "Nightly News," and was then given her own program, the court show "Jones & Jury," in 1994. The show only lasted for a year, but it was historic for making Jones the first black person and first female to arbitrate a television courtroom series. After this, Jones was appointed the chief legal analyst on "Inside Edition," where she covered the O. J. Simpson murder case in 1995.

Jones began her most famous television gig in 1997, when she joined the ABC morning talk show "The View" as one of the original cohosts alongside Barbara Walters, Joy Behar, Meredith Vieira, and Debbie Matenopoulos. On the show, a panel of women discuss current news topics, and interview major figures such as politicians and celebrities.

Over her nine-season tenure on "The View," Jones often attracted controversy. After a major weight loss beginning in 2003, she was criticized for telling audiences she had shed the weight through diet and exercise, when in fact she had undergone gastric bypass surgery. Jones also drew criticism for excessively plugging brands that were supplying her with services in her 2004 wedding to Al Reynolds. Later, it was revealed that Jones had done the product placement to receive free services and products for the marriage ceremony. More controversy surrounded Jones's departure from the show in 2006. In addition to announcing her intentions to leave two days ahead of schedule, Jones also released an article in People magazine that claimed her decision to leave was not her own, and that ABC had declined to renew her contract. 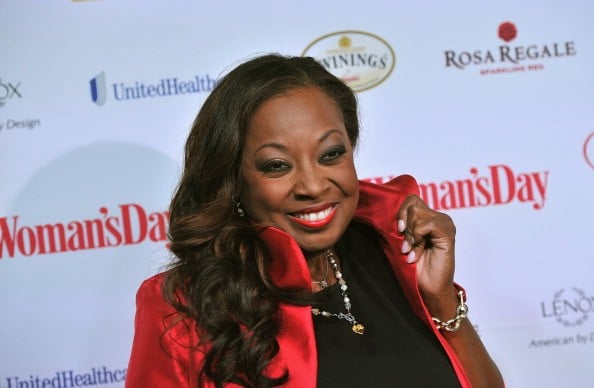 Following her departure from "The View," Jones became the new executive editor of daytime programming on truTV, where she also landed her own, self-titled weekday talk show. On her program "Star Jones," she covered current news from the worlds of entertainment, law, and popular culture. Only six months after its debut, the show was canceled by truTV for being "too serious" for the channel's more tabloid-focused programming.

Beyond her regular hosting roles, Jones has made numerous other appearances on television throughout the years. From 2004 to 2005, she served as a red carpet host on the E! network, where she conducted interviews at different awards shows. Jones has also been a guest host on various cable programs, including HGTV's "House Hunters," CNN's "Larry King Live," and Oxygen's reunion episode of "The Bad Girls Club."

As an actor, Jones made her debut on the season eight finale of "Law & Order: Special Victims Unit," playing a Brooklyn prosecutor. Later, she played a judge on the legal series "Drop Dead Diva." As a celebrity contestant, Jones has appeared on the reality competition shows "Are You Smarter Than a 5th Grader?" and "The Celebrity Apprentice." On the latter program, she came in fifth place.

Jones has penned a number of books. Her first, the autobiographical essay collection "You Have to Stand for Something, or You'll Fall for Anything," was published in 1998. This was followed by 2006's "Shine: A Physical, Emotional, and Spiritual Journey to Finding Love." In 2011, Jones released "Satan's Sisters," a thinly veiled fictionalization of "The View." The book launched a short-lived television series called "Daytime Divas," which aired on VH1 in 2017. Jones was an executive producer on the show, and appeared as herself in one of the episodes.

In 2004, Jones wed investment banker Al Reynolds, who had earlier proposed to her at the NBA All-Star Game. The couple later divorced in 2008. In 2017, Jones got engaged to former Cook County assistant state's attorney Ricardo Lugo; they married aboard a cruise ship in the Bahamas the following year.

On the philanthropic side of things, Jones is involved with the National Association of Professional Women. Within the organization, she created the NAPW Foundation, which benefits such groups as the American Heart Association and the Breast Cancer Research Foundation. Additionally, Jones is the president of the Professional Diversity Network and serves on its board of directors. 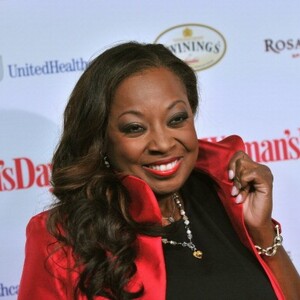