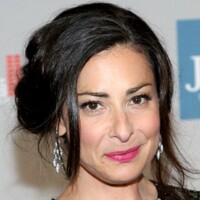 Stacy London Net Worth and salary: Stacy London is an American stylist/fashion consultant, author and magazine editor who has a net worth of $8 million. Stacy London was born May 25, 1969 in New York City, New York. She is considered one of America's premier style experts, helping women to boost their confidence by creating and celebrating their personal style. She joined TLC in 2002 as one of the original hosts of What Not to Wear after years of styling experience in fashion editorial for such publications as American Vogue and Mademoiselle. She has worked with celebrities such as Kate Winslet and Katie Holmes and consulted for designers such as Vivienne Tam and Rebecca Taylor. In 2005, she joined NBC's TODAY show as a style correspondent and now has her own segment, Ask Stacy. She has appeared on various national talk and news programs such as Oprah and Fox News and is a regular contributor on Access Hollywood. A contributing editor at People magazine, Stacy has been the subject of and contributor to articles in numerous national publications such as the New York Times, Wall Street Journal, Chicago Sun-Times, Los Angeles Times and TV Guide. Stacy also hosted her own talk show, Fashionably Late with Stacy London, and a special series on fashion trends called Fashion Fanatic With Stacy London, on TLC. She worked with Riders Jeans by Lee to promote and introduce new products in the fall of 2010 as well as Pantene Hair Care and Woolite. She supports the efforts of the American Cancer Society and the Triple Negative Breast Cancer Foundation, by providing makeovers for double mastectomy survivors, and sits on the board of 96 Magnolia, another cancer charity organization. Stacy London lectures across the country on the connection between personal style and self-esteem. She has spoken at Oprah Winfrey's O You! Conference for the past three years and gave a keynote lecture on self-esteem at Harvard University in 2006. Her book Dress Your Best (co-written with Clinton Kelly) was published in 2005 to stellar reviews.