Zucchero net worth: Zucchero is an Italian singer-songwriter and musician who has a net worth of $85 million. Zucchero was born in Roncocesi, Reggio Emilia, Italy in September 1955. He has been called the "father of the Italian blues" and his styles include blues, rock, gospel, and soul. Zucchero has been awarded an Order of Merit of the Italian Republic and his name is Italian for sugar. He has sold more than 50 million records worldwide and has won several awards including two World Music Awards and a Grammy Award nomination. Zucchero has collaborated with several popular artists including Eric Clapton, Stevie Ray Vaughan, Jeff Beck, Brian May, Ray Charles, Miles Davis, B.B. King, Bono, Sting, Peter Gabriel, Paul Young, Andrea Bocelli, and Luciano Pavarotti. Zucchero has released a total of 12 studio albums with his last nine reaching #1 in Italy. 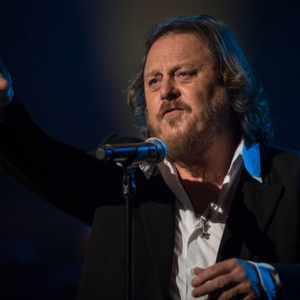