Zara Larsson net worth: Zara Larsson is a Swedish singer and songwriter who has a net worth of $10 million. Zara Larsson was born in Solna, Stockholm County, Sweden in December 1997. She became famous after winning the talent show Talang in 2008 which is the Swedish version of the Got Talent reality series. At that time Larsson was only 10 years old. She signed with the TEN Music Group label and released her debut EP album Introducing in 2013. She has also released the EPs Allow Me to Reintroduce Myself, Uncover, and The Remixes EP. Larsson released her debut studio album 1 in 2014 and the album reached #1 in Sweden. Her single "Uncover" reached #1 in Sweden and Norway and her singles "Lush Life" and "Never Forget You" (with MNEK) also reached #1 in Sweden. Larsson has also been featured on the hit singles "Girls Like" by Tinie Tempah and "This One's for You" by David Guetta. She has won several awards including a Kids' Choice Award for Favorite Swedish Star in 2016. 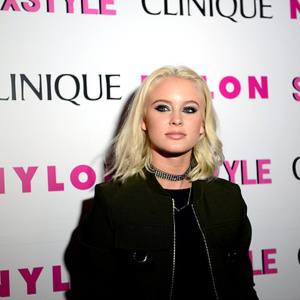