Yolandi Visser net worth: Yolandi Visser is a South African singer and actress who has a net worth of $10 million. Yolandi Visser was born in Port Alfred, Eastern Cape, South Africa in March 1984. She is best known for being the lead singer in the rap, rave, and zef group Die Antwoord. The group released their debut studio album $O$ in 2009 and had more success with their second album Ten$ion in 2012. Their third album Donker Mag in 2014 and fourth album Mount Ninji and da Nice Time Kid in 2016 both had lot of success and reached #1 on the US Dance charts. Visser has also released an album with The Constructus Corporation and two albums with MaxNormal.TV. As an actress she starred in the film Chappie as Yo-Landi in 2015. She has also been associated with other acts including Aphex Twin, Marilyn Manson, Diplo, Flea, Dita Von Teese, and Jack Black. 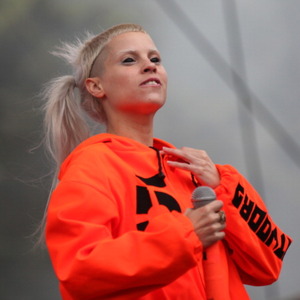