Yolanda Adams net worth: Yolanda Adams is a gospel singer, actress, radio host and record producer who has a net worth of $5 million. Yolanda Adams has earned her net worth through her many successful album recordings such as "Just as I am," "Believe," "Day by Day" and many more. She has also been the radio host for The Yolanda Adams Morning Show that currently airs on the Urban Gospel Stations owned and operated by Radio One. Adams has also made appearances on The Mo 'Nique Show on the BET Station, has performed at the BET Honors, the 53rd Grammy Awards, and showed her appreciation of our American soldiers by performing at the National Memorial Day Concert in Washington D.C. in 2011. Adams has also written a book about Christianity, entitled "Points of Power" in 2010. She was named number one Gospel Artist of the last decade and her recording of "Mountain High…Valley Low" was considered the best spiritual album. Yolanda Adams was born in Houston, Texas in 1961, and has five siblings. She attended Sterling High School in Houston and later, Texas Southern University. For a while Adams worked as a school teacher and part-time model, but decided to give up those careers to begin her career as a lead singer, and has signed with many record producers such as Elektra, Atlantic, Colombia and others. Her first contract signing was in 1987 with the Sound of Gospel record label. Adams married Tim Crawford in 1997 and they divorced in 2004, and have one daughter, Taylor Adams Crawford. Adams has also held the position of spokesperson for "Operation Rebound," a FILA Corporation program to help inner- city children. 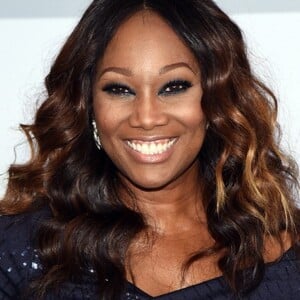