Yanni net worth: Yanni is a Greek pianist, keyboardist, composer and music producer who has a net worth of $50 million. Yanni has earned his net worth through his many performances as a pianist as well as his many albums and tours. What's more, two of his albums (Dare to Dream and In My Time) earned Grammy nominations, and he has also written film scores, as well as the music for an award-winning British Airways television commercial. Having encountered many cultures in his travels, Yanni's music is considered to reflect his "one world, one people" philosophy.

Early Life: Born Yiannis Hryssomallis on November 14, 1954, on the Greek island Kalamata, Yanni is a self-taught musician who has spent his adult life and carved out his career in the United States. He showed his interest and talent for music at an early age, but Yanni's parents instead of enrolling him in music school, they encouraged him to follow his own muse and learn to play the piano in his own way. This turned out to be a good decision as Yanni uses even today the musical shorthand that he developed as a child, mixing jazz, classical, soft rock and other world music to compose original works. The self-taught pianist began playing at age six. At the age of 14, Yanni set a Greek national record in the 50-meter freestyle swimming competition. He moved from Greece to the United States in 1972 to attend college.

Career: Even though he attended the University of Minnesota and earned a B.A. in Psychology, Yanni has never walked away from music. On the contrary, he continued his personal study of piano and other keyboard instruments, as well as joining a Minneapolis-based rock group called Chameleon, who toured regionally and cut several self-released albums.

It was in 1980 when he embarked on a solo career, recording and releasing an album of his own material called "Optimystique." The album attracted listeners' attention and it was re-released by Atlantic Records in 1984, and then again by Private Music in 1989. Yanni formed a band in 1987 and toured in 1988 with an ensemble of pianist/singers. During this time, Yanni wrote motion picture soundtracks for "Steal the Sky" and "Heart of Midnight", both in 1988, "I Love You Perfect" in 1989, "She'll Take Romance, "When You Remember Me," and "Children of the Bride," all in 1990. He gained visibility due to his appearances in People magazine and on the Oprah Winfrey Show. In 1992, Yanni released "Dare to Dream," his first album to be Grammy nominated. Yanni followed this up with his second Grammy-nominated album, "In My Time," in 1993. 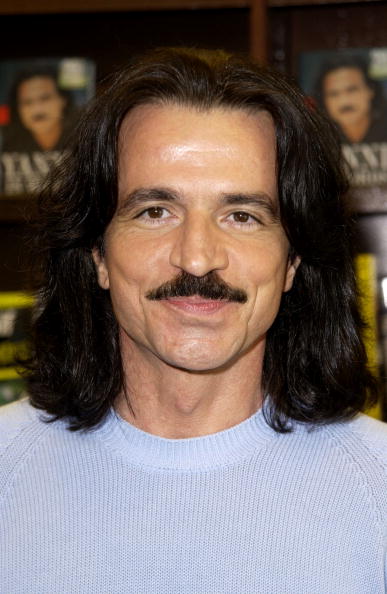 More albums followed, and Yanni rose to international fame thanks to his concerts held at historic monuments and his videos broadcast on public television. He made a breakthrough with the concert, Yanni Live at the Acropolis, which saw the second best-selling music video of all time. "Acropolis" was Yanni's first live album in which he utilized his core band along with a full 60-piece orchestra. Yanni had risked 2 million dollars of his own personal fortune with no financial backing for production of "Acropolis."

Other of Yanni's notable concerts at historic sites include India's Taj Mahal, where in 1997 he became one of the few Western artists permitted to perform and record there. The two events there formed the live album and video "Tribute." He also played China's Forbidden City and the United Arab Emirates' Burj Khalifa, among others. After negotiating strenuous demands of playing these two spots, along with his break up of long-time love Linda Evans in 1998, and then completing a lengthy world tour after that, Yanni went on hiatus. He revealed later that he had become depressed and returned to Greece for a stint to live with his parents before he traveled solo around the world. He didn't do any interviews for two years. In 2000, he came back from hiatus and released "If I Could Tell You." It sold 55,000 copies its first week and landed at No. 20 on the Billboard charts, becoming Yanni's highest debut to date. In 2003, he released "Ethnicity." In November 2010, he released "Mexicanisimo," a tribute to Mexico through Yanni's collaborative interpretation of its folk music.

In February 2011, Yanni released "Truth Of Touch," his first studio album of new original material in eight years. In April 2012, he recorded and released two outdoor concerts on the UNESCO World Heritage Site the Castillo El Morro in San Juan, Puerto Rico. The concerts were broadcast on PBS, resulting in Yanni's tenth collaboration with the organization. Yanni's seventeenth studio album "Inspirato" was released in March 2014. The following year, he released a soundtrack for the Chinese documentary "Hexi Corrido." In the fall of 2015, Yanni performed two concerts on the grounds of the Egyptian pyramids and the Great Sphinx of Giza, his first performances in Egypt. The concerts concluded with fireworks and a video broadcast from the International Space Station commander Scott Kelly. The concert was recorded in 4K HD for broadcast on PBS. In 2016, Yanni released "Sensuous Chill," his eighteenth studio album. It was built around synthesizers and electronic sounds. Yanni performed his new single "When Dreams Come True", a minimal piano-led piece, for the first time in February 2019 at the Winter at Tantora Festival in Saudi Arabia, another UNESCO World Heritage Site. Later that year, he released another single, "Blue." In August 2020, Yanni released a studio album called "In His Purest Form." The album contained a solo piano performance, his first piano solo on an album since 1993's "In My Time."

Personal Life: Yanni has never been married but he has had several high-profile relationships over the years, including with actress Linda Evans. They were together from 1989-1998. For many years, it was believed he had no children, but Yanni revealed in April 2014 that he has a daughter named Krystal Ann, who was 32 years old at the time it was revealed she existed. 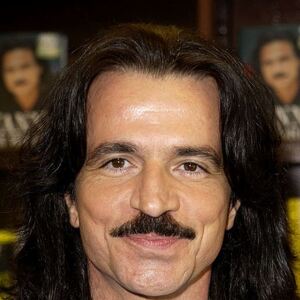