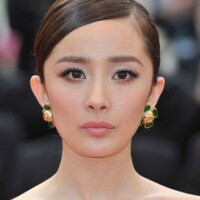 Yang Mi net worth: Yang Mi is a Chinese actress and singer who has a net worth of $15 million dollars. Yang Mi was born in Beijing, China, and began her acting career before she started kindergarten. She was cast in the television series, "Tang Ming Huang" when she was four years old, and then went on to appear in "Hou Wa", a few years later. After taking the latter part of the 90s and the early 2000s off in order to focus on schoolwork, she returned to acting full time in the late 2000s, and quickly became a household name. She has appeared in multiple hit series, including "The Return of the Condor Heroes", "Chinese Paladin 3", "Schemes of a Beauty", "Dreams of a Red Chamber", "Palace", and "Beauty World". In addition to her work on television, she also launched a successful film career, appearing in such projects as "Mysterious Island', "East Meets West 2011", "Love in the Buff", "Wu Dang", and "The Bullet Vanishes'.