Wilson Pickett Net Worth: Wilson Pickett was an American singer and songwriter who had a net worth of $500 thousand dollars. Wilson Pickett was born in Prattville, Alabama in March 1941 and passed away in January 2006. He was an R&B, soul, and rock and roll singer. Wilson sang in Baptist church choirs.

He joined the gospel music group the Violinaires in 1955 and toured churches across the country. In 1959 Pickett joined the Falcons. He co-authored and sang lead vocals on the minor hit "I Found a Love". Picket's solo debut studio album It's Too Late was released in 1963 on Double L records. He would go on to release 30 albums over his career. Pickett had over 50 songs make the US R&B charts and also frequently appeared on the US Billboard Hot 100 chart. Some of his most popular hits include "In the Midnight Hour", "Mustang Sally", "Funky Broadway", and "Land of 1,000 Dances". His albums were released on Atlantic, Stax, RCA, EMI, and Motown Records. Pickett won a Pioneer Award from the Rhythm and Blues Foundation in 1993. He was nominated for a Grammy Award for his 1999 album It's Harder Now. Pickett was inducted into the Rock and Roll Hall of Fame in 1991. Wilson Pickett passed away on January 19, 2006 from a heart attack at 64 years old. 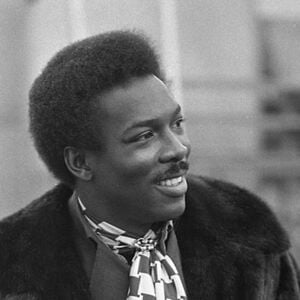