Willy Moon net worth: Willy Moon is a singer, songwriter, and producer who has a net worth of $1 million. He was born in New Zealand as William George Sinclair in 1989. When he was 12, his mother died from cancer and his father had to move to Saudi Arabia. Along with his sister, Moon remained in New Zealand.

At the age of 18, Moon left New Zealand to start his career in London. Moon released his first single, "I Wanna Be Your Man", via MySpace in 2010 and was soon signed to the Universal Island Records imprint Luv Luv Luv, which gave "I Wanna Be Your Man" an official release in 2011, along with another single later that year called, "She Loves Me". Willy Moon is probably best known for his hit song "Yeah, Yeah" which was featured on the Apple iPod commercial in 2012.  His music is described as a fusion of 50s rock'n'roll and modern production that uses hip-hop production techniques. In 2015, Moon was a judge and mentor on the X Factor New Zealand alongside wife Natalia Kills, who he married in New York City in 2014. Natalia Kills, who's real name is  Natalia Noemi Cappuccini-Sinclair, is an English singer best known for her 2013 single "Saturday Night". Both Moon and Kills were fired following the first live screening for bullying and humiliating a contestant. Moon compared the contestant to Norman Bates, and Kills accused him of copying Moon's look by wearing a suit. 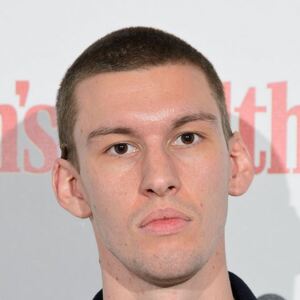