William Colón Net Worth: William Colón is a Nuyorican (New York-born Puerto Rican) salsa musician and social activist who has a net worth of $2 million. William Colón was born April 28, 1950 in The Bronx, New York City, New York. He began his career as a trombonist, but also sings, writes, produces and acts. He is also involved in the politics of New York City as well as international politics. His collaboration with Ruben Blades, Siembra, is reportedly the biggest selling album of all time within its genre. His collaboration with Hector Lavoe was the catalyst that spread this fusion of tropical/urban music throughout Latin America. As a community leader, he gained both local affection and national recognition. William (Willie) Colón first emerged as a leader and organizer at age 16; he has since been a civil rights, community and political activist as well as Chair of the Association of Hispanic Arts, a member of the Latino Commission on AIDS, a member of the board of the United Nations Immigrant Foundation, President of the Arthur Schomburg Coalition for a Better New York, a current member of the Board of Directors of the Congressional Hispanic Caucus Institute, founding member of the New Rochelle (NY) Hispanic Advisory Board, founding member of the New Rochelle Judicial System Committee and various other projects and organizations. In 2012 and 2013, Colón actively campaigned against Venezuelan president Hugo Chávez and the socialist Bolivarian Revolution. Chávez reportedly addressed Colón via Twitter, warning Colón to mind his own business. After Chávez' death, Willie Colón endorsed opposition candidate Henrique Capriles Radonski, even composing the campaign theme song, Mentira Fresca ("Fresh Lies"), which became the regime's candidate Nicolás Maduro's nickname. The song went viral in Latin America, garnering millions of plays and downloads. William Colón continues to be active in Venezuelan politics and was most recently involved in the release of political prisoner General Antonio Rivero. 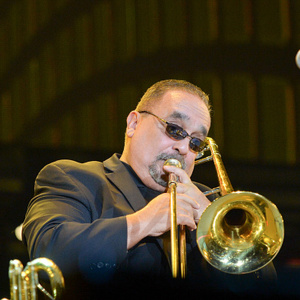