Willa Ford Net Worth: Willa Ford is an American singer, model, and actress who has a net worth of $1 million dollars. Willa Ford was born in January of 1981 and is best known for her debut album, Willa was here, which was released in 2001. Since her music career, she has made a number of additional appearances, such as posing in Playboy, competing on ABC's reality competition, Dancing with the Stars, landing a role in Friday the 13th (released in 2009), as well as a number of additional reality shows. After singing in children's choirs, at the age of 18Ford earned a record deal with MCA under the name Mandah (her birth name is Amanda Willaford, though she is generally referred to as Mandy Modano, her married name). However, she was subsequently dropped and resigned with Atlantic Records. It's said that she changed her stage name to avoid being confused with singer Mandy Moore. In 2001 her debut single, I Wanna Be Bad was released, which reached number 56 on the Billboard charts. The song is considered to have landed Ford as a "one hit wonder." In 2007 Ford married hockey player Mike Modano. However, the couple announced their divorce in August of 2012. 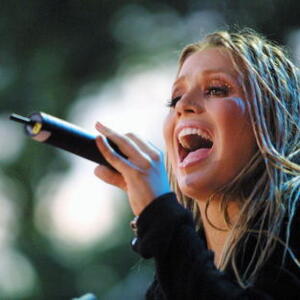