Will Young Net Worth

in Richest Celebrities › Singers
Will Young Net Worth:
$3 Million

Will Young Net Worth: Will Young is an English singer-songwriter and actor who has a net worth of $3 million. Will Young was born in Wokingham, Berkshire, England in January 1979. Young won the 2002 inaugural season of the British music television contest Pop Idol. Two weeks after the show's finale he released the single "Anything Is Possible" which became the fastest selling debut single in the United Kingdom.

Young went on to finish in 5th place on the TV series World Idol performing his single "Light My Fire". Young moved to London and studied musical theater at Arts Educational School. His debut album From Now On was released in 2002 and went straight to #1 on the charts. His 2003 album Friday's Child became 5x Platinum in the UK and contained five Top 5 singles. He went on to release three more studio albums with his latest 2011's Echoes becoming his 3rd #1 album in the UK. Young has won two BRIT Awards and has been nominated 12 times. He has sold more than eight million albums worldwide. He has also acted on stage and in television and film. He was nominated for the Laurence Olivier Award for Best Actor in a Musical for Cabaret in London in 2013. Young has also authored the books Anything is Possible, On Camera, Off Duty, and his autobiography Funny Peculiar. Will is a twin with his brother Rupert. 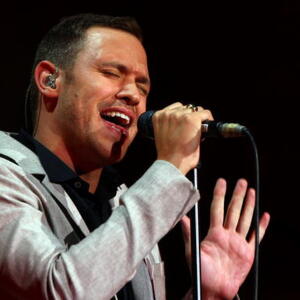