Wendy Wilson Net Worth: Wendy Wilson is an American singer who has a net worth of $15 million dollars. She is best known as a member of the pop singing trio Wilson Phillips. Born on October16, 1969 in Los Angeles, she is the daughter of Brian Wilson who founded "Beach Boys" and his first wife Marilyn who was a member of the girl band "The Honeys". Having inherited her passion and talent for music from her parents, Wendy Wilson founded the band "Wilson Phillips" with her sister Carnie and childhood friend Chynna Phillips. Together they released just two albums, in 1990 and 1992, before disbanding. Wendy continued to work with her sister on a Christmas album that they released in 1993. The sisters also collaborated with their formerly estranged father, Brian on an album called The Wilsons, which came to light in 1997. Wendy reunited with Carnie and Phillips in 2004 when they released their third album "California". Some eight years later, the reunited Wilson Phillips finished another album titled "Dedicated", which included the cover songs by "The Beach Boys" and "The Mamas and Papas". In 2012, Wendy joined Carrie and former Beach Boys' families to create a vocal group, California Saga. Music aside, Windey Wilson married Daniel Knutson in 2002 and they have four sons Leo Evan, Beau, Will and Jesse. Furthermore, she appeared in a reality show "Supernanny" in 2008. She also starred on a special edition of "The Newlywed Game" Wilson, along with her sister, mother and husband, and participated in a television show "Wilson Phillips" which premiered on the TV guide network. 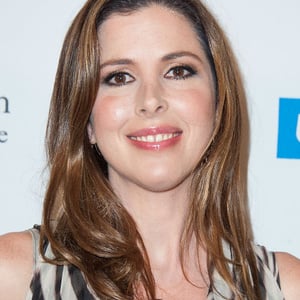