Wayne Newton Net Worth: Wayne Newton is an American singer, actor and entertainer who has a net worth of $50 million dollars. Wayne Newton is best known for both his musical hits, such as "Danke Schoen" and "Daddy Don't You Walk So Fast", and for his sold-out Las Vegas performances, of which there have been over 30,000. He filed for bankruptcy in 1992 and again flirted with bankruptcy in 2010, but has since recovered financially.

Early Life and Career: He was born Carson Wayne Newton on April 3, 1942, in Norfolk, Virginia to auto mechanic Patrick Newton and Evelyn Marie Smith. Learning to play the piano, guitar and steel guitar at the age of six, he entered the entertainment industry during childhood while his father was serving in the U.S. Navy during World War II. When the family moved to Newark, Ohio, Newton began performing in clubs, fairs and theaters along with his elder brother. The family moved to Phoenix in 1952 due to Newton's severe asthma. He left North High School just before finishing his junior year. The brothers, known as the Rascals in Rhythm, toured with the Grand Ole Opry roadshows and on television specials like "Ozark Jubilee." They then performed in front of President Dwight D. Eisenhower. In the spring of 1958, he was discovered by a Las Vegas booking agent when he was spotted on a local TV show, "Lew King Rangers Show." The brothers performed for five years, doing six shows a day.

Entertainment Career: Newton made his debut into his lifetime career in 1962 when he was a major actor on the Jackie Gleason Show. He also landed a role on the classic western TV series "Bonanza." By 1963, Newton had been signed to Capitol Records and his first album, "Danke Schoen" was released. It was immediately a massive hit and reached No. 13 on the Billboard charts. This became his signature song and was even used in the soundtrack for "Ferris Bueller's Day Off" in 1986.

Prominent entertainment icons at the time like Lucille Ball, Bobby Darin, and Jack Benny showed Newton their support when they were first starting out. Benny hired Newton as an opening act for his show and subsequently Newton was given a headlining act at the Flamingo Hotel. In 1972, his recording of "Daddy, Don't You Walk So Far" sold over 1 million copies. Newton went on to replace the Beach Boys and The Grass Roots at the 1983 Independence Day celebration at the Washington Mall. James G. Watt, President Reagan's Secretary of the Interior, had banned concerts by rock groups, citing that they encouraged drug and alcohol use and attracted the "wrong element." Newton was a friend and support of Reagan and a contributor to the Republican Party. He was met on the Independence Day stage on the Mall on July 4, 1983 to mostly cheers but some boos as well.

In December 1992, Newton hit #1 on the Cashbox Pop and Country charts with "The Letter." However, for the first time in history, a record hit #1 on the Cashbox chart failed to chart on the Billboard Hot 100. Throughout the late '80s and '90s, Newton appeared as a solo act in a Las Vegas circuit. He performed a landmark 25,000th solo show in Las Vegas in 1994.

Newton signed a 10-year deal with the Stardust Resort and Casino on the Vegas strip in 1999 that called for him to perform there 40 weeks out of the year, six shows a week, in a showroom named after him. The deal was orchestrated by his business manager Jack Wishna and the "headliner-in-residence" was the first of its kind. In 2005, the casino was demolished and the deal was amicably terminated. He later began a 30-show stint that summer at the Hilton. 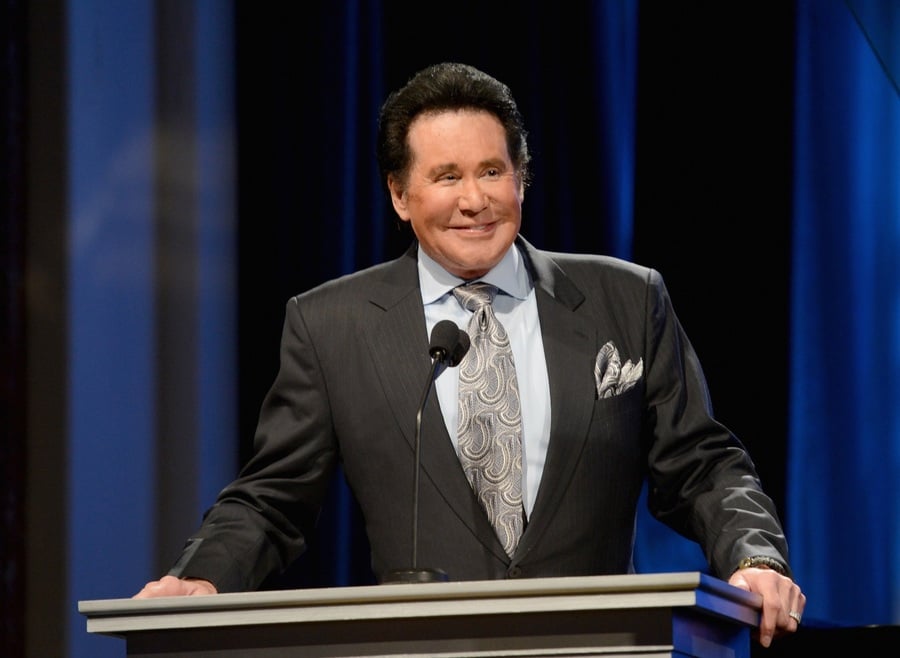 In January 2005, Newton started a reality competition show on E! Entertainment network called "The Entertainer." The winner won a spot in his act plus a headlining act of their own for a year. Newton was featured on the 2007 fall season of "Dancing With the Stars." He was partnered with two-time champion Cheryl Burke. They were the third pair to be eliminated from the contest.  That same year, Newton was the first guest star on The Price is Right under the new host Drew Carey. Newton appeared after a trip to Las Vegas was shown, naturally.

In 2008, Newton received a Woodrow Wilson Award for Public Service, which honors leaders who have charitably given back to their communities. In October 2009, Newton began performing his show "Once Before I Go" at the Tropicana hotel and casino in Las Vegas. He subsequently took a five-year hiatus to spend time with his family and to prepare his voice for a future Las Vegas residency. In 2016, Newton made a triumphant return to the stage at Bally's Hotel in the form of a lounge show, "Up Close & Personal." The show was a combination of singing and playing some of his 13 self-taught instruments.

Over the years, Newton has become one of the best-known entertainers in Las Vegas, Nevada, known by the nicknames The Midnight Idol, Mr. Las Vegas and Mr. Entertainment. To date, he has had over 30,000 live performances in Vegas, or, as the city dubs itself "The Entertainment Capital of the World".

Financial Problems: Newton filed for Chapter 11 bankruptcy in 1992 to reorganize $20 million of debts, most of which he spent while suing NBC for libel. He claimed the network had reported that he partnered with the Mafia to buy the Aladdin Hotel. Included in the bankruptcy was a $341,000 IRS tax lien. He had recovered financially by 1999. However, in August 2005, the IRS filed a lawsuit against Newton claiming he and his wife owed more than $1.8 million in taxes and penalties. In late 2009, officials at the Oakland County Airport in Waterford, Michigan, claimed Newton owed the airport more than $60,000 for unpaid parking fees after he abandoned a $2 million dollar private plane there more than three years prior. The monthly parking fee for the plane was $5,000. He never paid the fines and the plane became filled with mold to the point where it was no longer viable as an aircraft.

Casa de Shenandoah: From the 1960s until 2010, Wayne and his family lived at a 39-acre palatial estate in Paradise, Nevada known as "Casa de Shenandoah". At some point in the early 1960s, Wayne bought his first parcel of the property. In 1966 he bought five surrounding acres, ultimately expanding to just under 40 acres. In addition to the primary 11,000 square-foot mansion which was completed in 1978, the property has seven additional houses. He reportedly spent $4 million constructing the primary house. That's the same as around $15 million in today's dollars. Newton designed the house himself, modeling it after the Tara plantation from "Gone with the Wind". At his peak, Wayne lived on the property with his family (including parents) and 70 servants/aides. 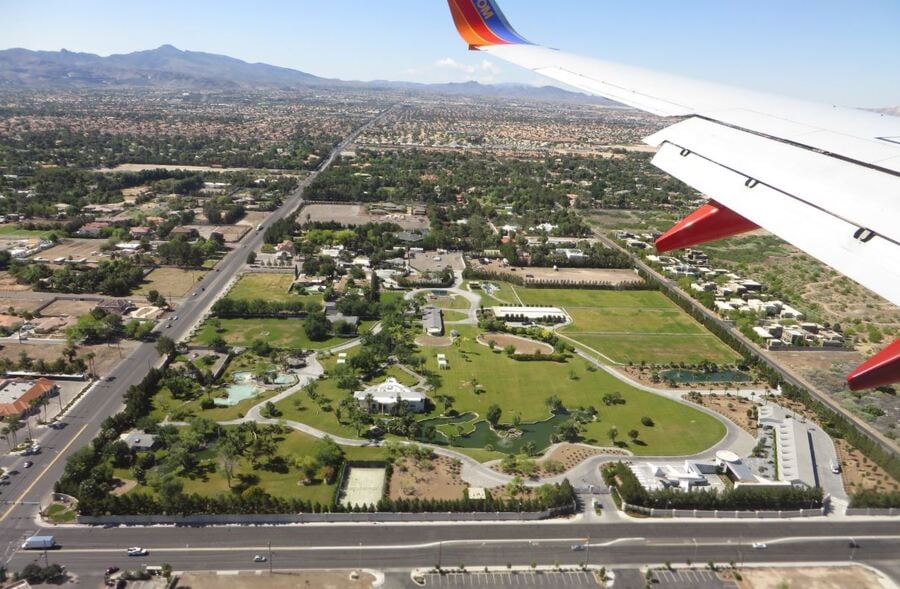 Wayne installed a zoo at the property which eventually became home to exotic Arabian horses, wallabies, flamingos, monkeys (that were known to bite guests, resulting in several lawsuits), penguins and a bird cage that houses 100 types of birds. Locals would routinely drop unwanted pets off at the property resulting in a large collection of free-roaming dogs, cats and bunnies. The property's equestrian facilities could comfortably house over 100 horses. It even had an excercise pool and a hospital for the horses. The home had a jumbo jet terminal and runaway. Wayne owned several planes, most notably a Learjet and a Fokker F-28 private jet. Other insane amenities include a heliport, car museum with room for dozens of vehicles, tennis courts, a gaming room and production facilities.

Here is a video of the tour Newton gave to USA Today in 2015 that shows the extensive property:

In 2010 Newton sold 80% of the property amid a bankruptcy restructuring. The buyer was a development company for $20 million and the plan was to convert the property to a theme park. Dozens of lawsuits were spawned, primarily by local residents who did not want to see a dramatic increase in traffic in the neighborhood. Another lawsuit involved the developer and Wayne himself, with the developer claiming that Wayne refused to move off the property so it could be converted to the theme park/museum. The theme park plans were eventually abandoned and the development company attempted to sell the property in 2013 in its own bankruptcy restructuring. They listed the property for $70 million. They lowered the price to $48 million, then $30 million but they had no takers.

In early 2019 Wayne attempted to re-acquire 100% of Case de Shenandoah for $6 million. His offer was rebuffed and in April 2019 the property was sold to an entity called Smoketree LLC for $5.56 million. In August 2019 Newton filed a lawsuit seeking to retrieve the estate's contents, including many personal items, art and animals. He also asserted his legal ownership of the name "Casa Shenandoah", which had to be removed from the house.

In 2013 Newton and his wife paid $8 million over three transactions for a new 10-acre property two miles down the road from their former estate. 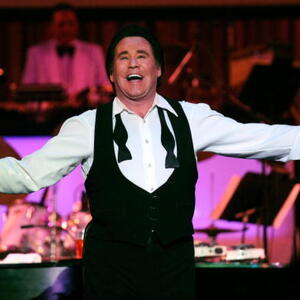