Wayne Coyne net worth: Wayne Coyne is an American singer and musician who has a net worth of $5 million. Wayne Coyne was born in Pittsburgh, Pennsylvania in January 1961. He is best known for being the lead singer of the band The Flaming Lips. Coyne plays guitar, bass, theremin, and percussion.

The Flaming Lips formed in 1983 and released their debut studio album Hear It Is in 1986. The band went on to release the albums Oh My Gawd!!!…The Flaming Lips in 1987, Telepathic Surgery in 1989, In a Priest Driven Ambulance (with Silver Sunshine Stares) in 1990, and Hit to Death in the Future Head in 1992. Their album Transmission from the Satellite Heart was released in 1993 and reached #1 on the US Heatseekers chart. The Flaming Lips released the albums Clouds Taste Metallic in 1995, Zaireeka in 1997, The Soft Bulletin in 1999, and Yoshimi Battles the Pink Robots in 2002. Their album At War with the Mystics was released in 2006 and reached #6 in the UK and their 2009 album Embryonic reached #8 on the Billboard 200 chart. They have also released the albums The Flaming Lips and Stardeath and White Dwarfs with Henry Rollins and peaches Doing The Dark Side of the Moon in 2009, The Flaming Lips and Heady Fwends in 2012, The Terror in 2013, With a Little Help from My Fwends in 2014, and Oczy Mlody in 2017. Their most popular single "She Don't Use Jelly" reached #9 on the US Alternative chart. 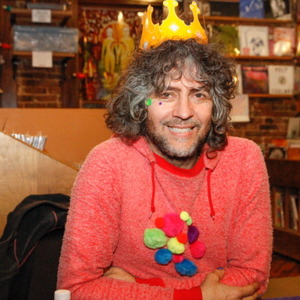