D Woods net worth: D Woods is an American singer, dancer, and actress who has a net worth of $800 thousand dollars. D Woods, also known as Wanita Denise Woodgett, was born in Anaheim, California, and grew up in Springfield, Massachusetts. She began singing and acting when she was three and went on to attend Tri-Cities High School, a visual and performing arts magnet school in East Point, Georgia.

From there, she was accepted to the Alvin Ailey School for dance training, and subsequently graduated from NYU's Tisch School of the Arts with a degree in Musical Theatre. She began her professional career as a backup dancer for artists such as Bow Wow, Snoop Dogg, and Latoya Luckett. She also appeared in plays with various regional companies. She gained national recognition when she became part of the pop group, Danity Kane. She was subsequently dismissed from the group in 2008, and has continued to release tracks as a solo artist and guest performer. She is also the founder and CEO of Woodgrane Entertainment. 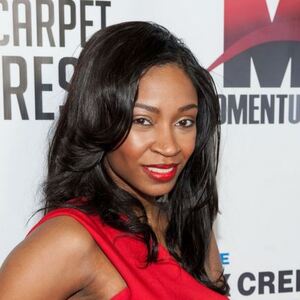